Liverpool scouts are reportedly tracking Leeds star Raphinha closely and if Bruno Fernandes’ comments on the player are anything to go by, he could fit right in at Anfield under Jurgen Klopp. The Brazilian was a £17million signing for Leeds last summer from Rennes, who he joined from Sporting in 2019.

Raphinha has made a big impression wherever he has landed so far in Europe and six months on from his move to Elland Road, he is already attracting admirers from the Premier League’s big boys.

The 24-year-old has four league goals to his name so far this term and is already a firm favourite under Marcelo Bielsa.

While he failed to get his name on the scoresheet, Raphinha was the standout talent in Monday night’s 2-0 win over Crystal Palace.

He nutmegged Gary Cahill with a brilliant piece of improvisation before setting up Patrick Bamford in the second half. 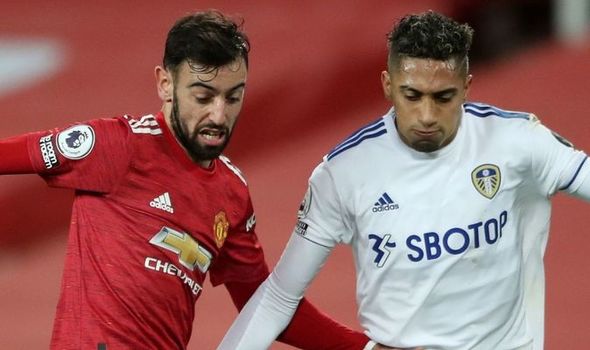 The dazzling display comes amid suggestion that Liverpool’s recruitment team are keeping tabs on Raphinha’s performances.

France Football claim that Liverpool’s scouts have been left impressed by his recent form with the champions now keen on signing him.

It’s now clear that Raphinha has always been rated very highly, even before he moved to England.

Manchester United star Bruno Fernandes played with the winger during his time at Sporting, before he sealed a move to Rennes.

Raphinha was sorely missed by the attacking midfielder, who lauded his quality and claimed the pair had a natural connection on the pitch.

“Raphinha, I miss Raphinha,” Fernandes was quoted as saying by Top Mercato in December 2019. “He’s a player with whom I had a different chemistry from the others. He understood me at a glance.

“He knew, according to the movement of my body, where I was going to put the ball to him.

“I also miss him because he brought joy to the locker room. He’s also a responsible and hardworking person.” 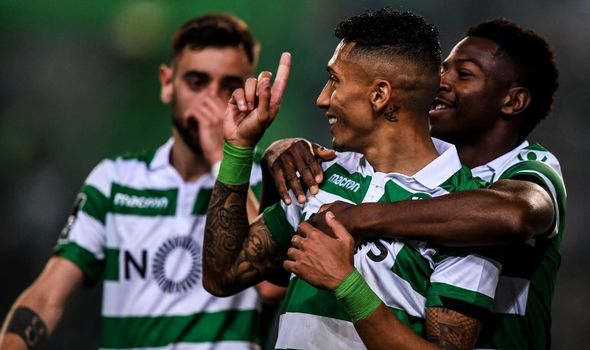 The glowing review of Raphinha offers Liverpool reassurance that his sparkling form is no coincidence or fluke but Fernandes will be hoping his former team-mate stays away from United’s rivals.

Yet if the Reds are to make a lucrative swoop this summer, Leeds are likely to hold firm according to their former striker Noel Whelan.

“They can knock on the door, but we’re not a selling club,” said Whelan. “We’re not a club in financial difficulties.

“We are building a team, and he is part of this rebuilding process. We are going to add other players who’re going to complement Raphinha.

“If we sell him, that’s a travesty. It goes against what we’re trying to do. I do not think that the regime here, that is what they want to do. They are building, they are happy.”