Manchester United star Bruno Fernandes has been hailed by Watford star Troy Deeney. The Portugal international was the star of the show as the Red Devils beat the Hornets 3-0 in February, scoring before further strikers from Anthony Martial and Mason Greenwood. And Deeney has hailed the 25-year-old, admitting he was surprise by how good the playmaker was.

United signed Fernandes from Sporting Lisbon in January, forking out £46million in order to bring the 25-year-old to Old Trafford.

And he’s looked like money well spent so far, scoring three goals and registering three assists so far this season.

Deeney was in the Watford side who were put to the sword by United in February, in a game Fernandes ran from the middle of the park.

And the Watford star has admitted he was left surprised by the player and how good he was.

“I thought Bruno [Fernandes] was very good, surprised me how good he was,” he told the United Stand. 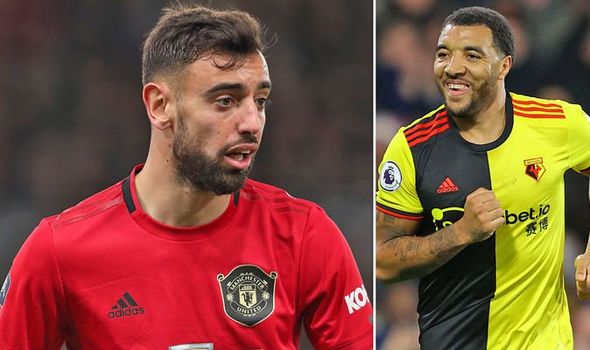 “I liked Fred – although he gives the ball away a lot he always wants it.

“So sometimes you see a player lose the ball and then they just go safe, backwards, left, right, he’s just like, ’alright, I lost it, but next one’.

“Because we targeted him. We targeted him, not the manager, but on the pitch he gave the ball away two or three times and we were like, ‘Let him have it and then we’ll jump on him.’

“We probably won the ball back four or five times in the first half. We tried to do that because we know he likes to take four or five touches instead of maybe doing the two.”

Deeney also thought the scoreline was harsh on Watford that day. 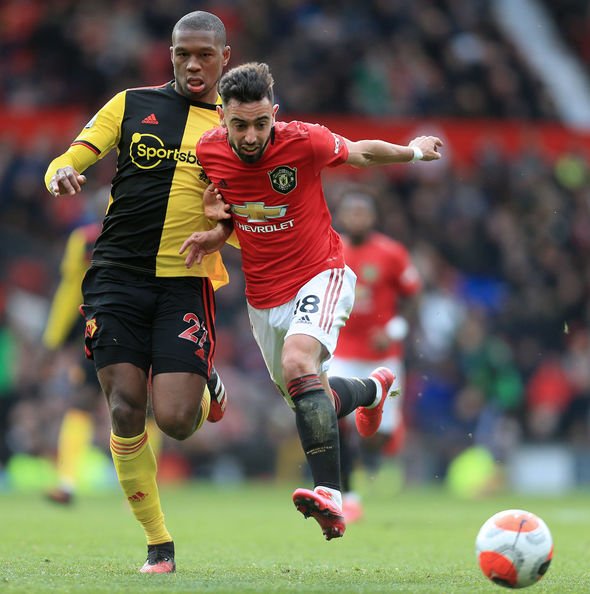 “Our first half – it’s probably happened about four years in a row – every time I play at Man United I’m like, ‘How are we losing?’

“I don’t mean this nasty, but there’s times where we’ve battered you in terms of like – you’ll always have possession – but chances created, should have scored, we were better.

“I think two things: we can probably get a bit carried away, in a sense of like: ‘this is going better than [we thought] so let’s be more attacking’ and kind of get lax on the defensive part.

“But also you have to look at the players United have got, you’re talking levels to football. Martial, Rashford, Bruno, Iggy.

“Just look at who you’ve spent money on, and in five years in the Prem we’ve spent £30m once.

When United and Watford are next in action remains to be seen.

The coronavirus crisis has seen Premier League football grind to a halt and it’s uncertain when it will be back.