Manchester United star Brandon Williams has labelled Mason Greenwood as ‘crazy’ ahead of his side’s Premier League showdown with West Ham on Wednesday night. Greenwood has scored 16 goals for the club during his first full season with the first team. And Williams has hailed his team-mate, who he has known for a number of years.

Manchester United’s academy is still churning out young talent in the years since the Class of 92.

And Greenwood and Williams have both flourished under Ole Gunnar Solskjaer this season, with both emerging as vital players under the Norwegian.

Now, speaking ahead of United’s clash with West Ham on Wednesday, Williams has opened up on his team-mate and labelled him as ‘crazy’.

“He’s crazy. He’s always working, I don’t actually know what foot he is, it’s impossible to tell,” he said.

“Did you see the two goals he scored (against Bournemouth)? The way he strikes it is like Robin van Persie.

“In the Youth Cup he used to come down and bag a hat-trick. It makes it so much more special playing with the likes of Mason who I grew up with through the youth system. 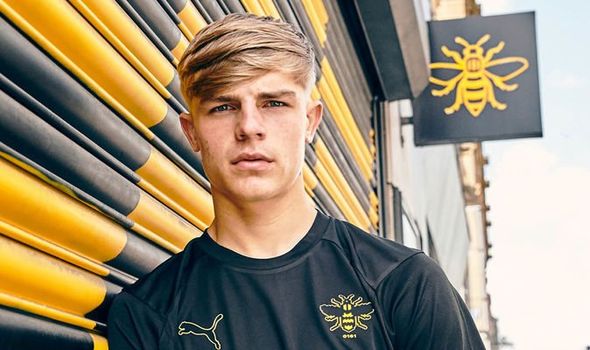 “In the changing room when you’re 10 or 11 you joke about it then when we walk out at Old Trafford it makes it so much easier.

“You’re just proud that they have done the same journey as myself.”

Williams also praised Solskjaer, admitting he was delighted to be learning it all from somebody who helped United win silverware in the past.

“Having a manager who’s won everything, he’s been through it all – he knows what he wants out of players, how he wants us to play but the way he is to everyone is special,” he said.

“He’s kind, he’s nice, the way he talks but he’s also got that side to him that’s not afraid to give us a push and a boost, not afraid to shout. He’s just a manager you want around you.” 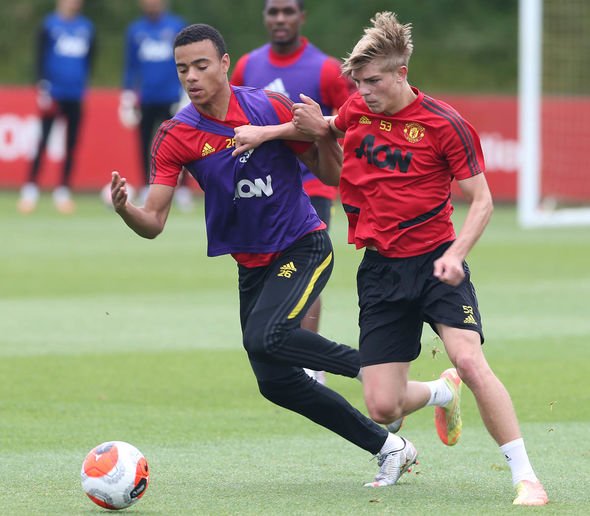 Williams also shed light on how he came to be a United regular, getting signed by the club when he was just seven years of age.

“I got picked up by [Manchester] United at seven, but I started playing ball at six,” said the youngster.

“I wasn’t really into football but my cousin used to take me to a little concrete pitch and we’d kick the ball, chest it, shoot.

“When I was younger I was really quick, always one of the quickest, but it’s down to my cousin how I got to play. How to touch the ball, how to shoot.

“At seven I was playing for a local team called Bury Amateurs. Seven, eight teams wanted me – United, City, Chelsea.

“I’m from Manchester, my Dad is a United fan and so I went with United. And I’ve been there ever since. It makes me so happy I can walk out at Old Trafford and my Dad’s there.”

Williams still has a lot to learn but he feels Marcus Rashford and Jesse Lingard are his mentors behind the scenes at Old Trafford.

“Rashie and Jessie. [Marcus Rashford and Jessie Lingard]. They’ve been through it all already,” he continued.

“They’ve been through the youth stage, through seasons at the club.

“Them two have always made sure was alright. When I first got into the team they made sure I was alright. Eating the right things, y’know. Good stuff.”