Manchester United see Birmingham City’s Jude Bellingham as more of a ‘bonus signing’, it has been claimed. The 16-year-old is of interest to Ole Gunnar Solskjaer ahead of the summer transfer window, with the Norwegian eyeing reinforcements in the middle of the park. But Borussia Dortmund are also chasing the rising star.

Manchester United boss Solskjaer has seen his midfield improve of late, with the likes of Fred, Nemanja Matic and Scott McTominay all shining.

With Paul Pogba expected to leave, though, the Norwegian is hunting players capable of shining in the middle of the park.

Bellingham has impressed for Birmingham City this season, making 32 appearances and being directly involved in seven goals along the way.

Sky Sports reporter James Cooper claims, though, that United see the midfielder as more of a ‘bonus’ signing – suggesting Dortmund are currently leading the charge to secure the youngster’s signature.

“I’d certainly expect more than one new face to come through the doors at Old Trafford, though, of course, in a sense Bruno Fernandes was a summer signing brought forward to January and what an impact he’s made!” Cooper told Sky Sports. 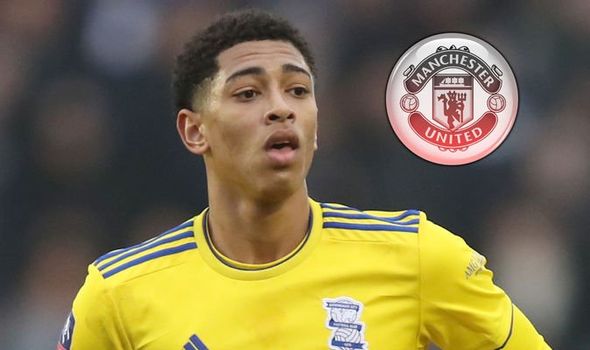 “Manchester United are vying to bring in 16-year-old Bellingham from Birmingham City but although he’d be part of the first-team squad if he joined, I get the sense that his capture would be something of a bonus and wouldn’t affect other targets.

“As I’ve already said, I think the centre-back position is one that will need strengthening along with the right-wing spot and any further arrivals will depend on the future of Paul Pogba who would need to be replaced if he were to leave Manchester United.”

As well as Bellingham, United have been linked with a variety of different midfielders ahead of the summer.

Jack Grealish has admirers at Old Trafford having starred for Aston Villa amid a turbulent campaign under Dean Smith.

And talk of Atletico Madrid star Saul Niguez joining the Red Devils is refusing to die down, too, with United prepared to offer him a bumper pay packet. 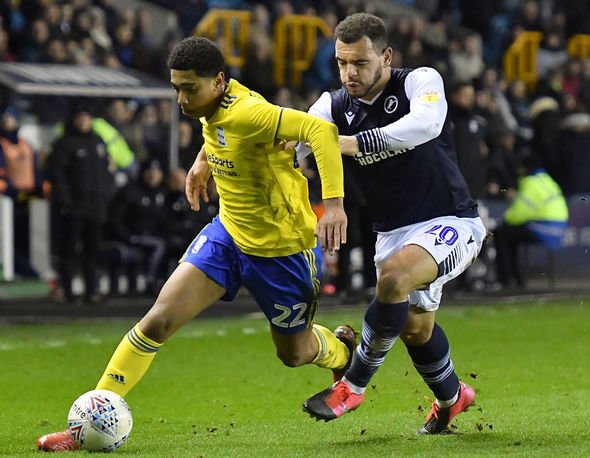 United’s chase of Bellingham was recently endorsed by club legend Rio Ferdinand, who is a big fan of the starlet.

“Hopefully that let’s Man United in the back door and take him – unless we’re at the front of queue already,” Ferdinand said after reading a rumour that the coronavirus crisis could boost their chances of securing the player’s signature.

“Really good-looking footballer in the way he plays, the balance, the poise he’s got, the maturity at such a young age. I want to see more.

“But you’re buying this kid, the price tag is phenomenal, £30million for a kid, for a 16-year-old boy. It’s unbelievable.

“But it’s the way of the world now, and the way you’ve got to think about it is: if you’re paying £30m and we keep him for 10 years it’s money well spent.

“It’s a gamble, it’s an expensive gamble, but the kid – if you’re playing in the Championship and doing what he’s doing and looking the player he is – it’s a gamble, yeah, but a calculated one.

“You can understand why the likes of Borussia Dortmund are trying to get him, trying to take him. The kid seems to me to have it all.”