Benfica and Valencia are showing interest in midfielder Andreas Pereira, reports claim. The once-capped Brazil international is one of FIVE players Manchester United are open to offloading.

The 24-year-old was of interest to Arsenal, Chelsea and Liverpool but Sir Alex Ferguson convinced Pereira to join Manchester United instead.

Pereira made his Premier League debut against Tottenham in March 2015 before spending two of the next three seasons on loan with Granada and Valencia.

The Belgian-born midfielder has since made 75 appearances for United’s senior squad, scoring four goals and providing five assists in all competitions. 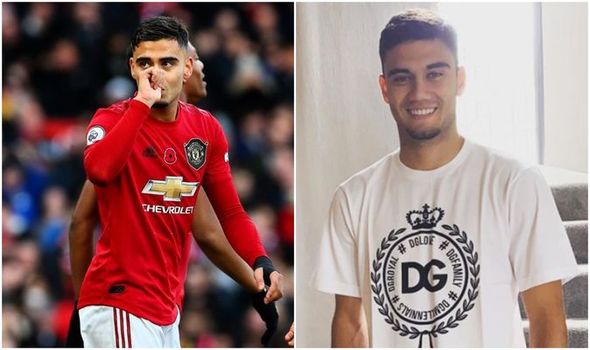 Pereira was a regular in Ole Gunnar Solskjaer’s side for the first half of the 2019-20 season.

But the arrival of Bruno Fernandes from Sporting Lisbon saw him slip down the pecking order – playing just 36 minutes of Premier League football since February 18.

Pereira signed a signed a long-term contract until June 2023 last summer, but is desperate to play regular first-team football.

ESPN claim Benfica and Valencia are prepared to offer him plenty of minutes and are monitoring the situation.

Manager Ole Gunnar Solskjaer is reportedly eager to keep Pereira at Old Trafford but will NOT give any assurances over his role.

The Norwegian tactician is currently looking to bolster his ranks and has money to spend.

United will entertain offers for defenders Phil Jones, Chris Smalling, Marcos Rojo and goalkeeper Joel Pereira but would like to keep Jesse Lingard, Pereira and Diogo Dalot on the books.