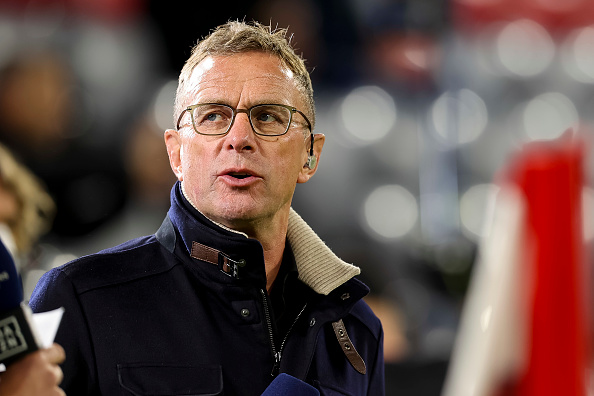 Ralf Rangnick is Manchester United’s first choice to take over as interim manager.

Former Tottenham boss Mauricio Pochettino is United’s dream target to take the role on a permanent basis following Ole Gunnar Solskjaer’s exit on Sunday with the Argentine prepared to join them mid-season, rather than waiting until the summer.

Paris Saint-Germain however have blocked United’s initial attempt to bring him to Old Trafford and have no intention of letting him go before the end of the current season.

In the meantime, United have been conducting interviews with candidates to take the job on a temporary basis and have already held talks with former Barcelona manager Ernesto Valverde and ex-Roma and Lyon boss Rudi Garcia.

But according to the Manchester Evening News, Rangnick remains the club’s first choice to lead the club through the 2021-22 season if they are unable to bring in Pochettino right away.

Rangnick is currently head of sports and development at Lokomotiv Moscow.

The 63-year-old German previously coached Schalke before moving into a management role with RB Leipzig.

Pochettino meanwhile is said to be keen on a move to Old Trafford but unless he agitates for a move PSG will not let him leave at this moment in time.