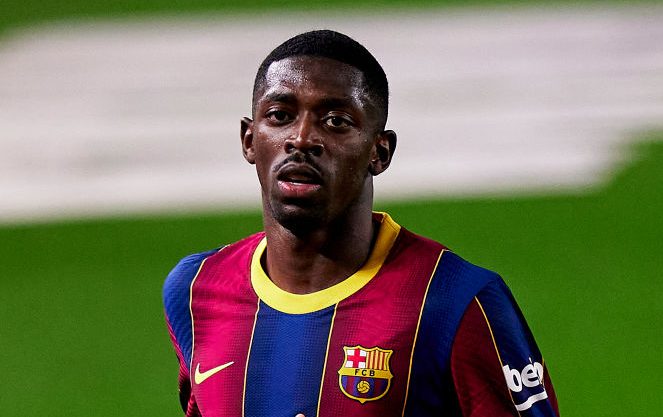 Manchester United could make a new push to sign Ousmane Dembele after Barcelona reduced the winger’s asking price, according to reports in Spain.

Barca signed Dembele for an initial £96.8 million fee from Borussia Dortmund in 2017 but the 23-year-old has struggled to make an impact at Camp Nou, largely due to several injuries.

Dembele will have just one year remaining on his contract this summer and the France international is yet to respond to Barca’s offer of a new deal.

According to Sport, Barcelona’s hierarchy suspect that Dembele is looking to leave the club on a free transfer next year.

And as a result, Barca are now open to selling the winger this summer and are willing to accept a fee of €50 million (£43.6m).

Last month, Sport reported that United have ramped up their interest in Dembele ahead of the summer window and have already held talks with the winger’s representatives.

United have been in the market for a new right winger since last summer and Dembele could offer Ole Gunnar Solskjaer an alternative option to Jadon Sancho.

The England international was United’s priority target last year but they were unable to secure a deal as Borussia Dortmund demanded a fee in excess of £100m.

‘I would like Dembele to stay,’ Koeman said this month. ‘He is an important player for us.’