Matthew Dunn draws a veil over the final weekend of Premier League action and assesses what needs to happen at each of Manchester City, Manchester United and Liverpool after the 2020/21 season.

It was an awesome final display of superiority against Everton and a thoroughly-deserved third title win in four years.

The bulk of Pep Guardiola’s players are going to mature rather than age and their big miss in terms of stellar names will be Sergio Aguero, who hardly played this season.

That is the frightening thing. Add a world-class No 9 into a side already scoring goals and nobody will be able to touch City next season right from the get-go. 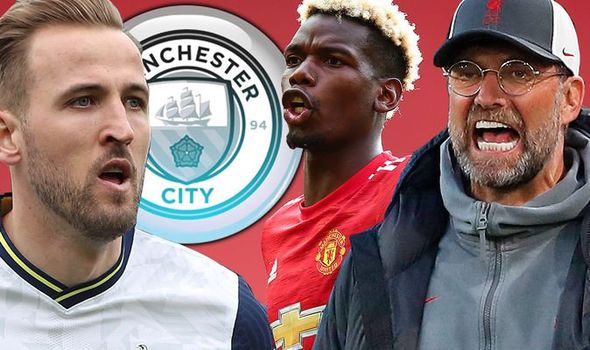 Smash it by signing Erling Haaland or Harry Kane and they will be unstoppable for the next three years.

Their season still is not finished, of course, and the club’s big hope going forward is that Ole Gunnar Solskjaer continues his transition into a fully-fledged Sir Alex Ferguson.

His rant about the Premier League not looking after their Europa League final chances by refusing to move the entire final day fixtures was straight out of the maestro’s playbook.

In fairness, though, by signing Edinson Cavani he sharpened United’s attack for the run-in and bought time to strengthen the squad around him.

If Paul Pogba can be persuaded to fully commit to the project, a top class centre-back would also allow Dean Henderson to develop right at the back, while a rejuvenated Jesse Lingard could keep Marcus Rashford and Mason Greenwood on their toes.

Investment around the squad this summer could see them ready to snatch the final piece of the jigsaw next season when the No 9 merry-go-round has run its course this summer.

Sorry, Jurgen Klopp, but having built one championship-winning side, the proof of your greatness has to be building another.

This needs to be a summer of change at Anfield – otherwise things could quickly become stale.

Virgil Van Dijk and Joe Gomez will be like two new signings in themselves, and at least their back-ups now have a little more experience.

Gini Wijnaldum is the one Klopp needs most urgently to replace. Thiago Alcantara could yet work in the set-up but he needs a high-energy foil. Yves Bissouma at Brighton has many of those qualities.

But mainly Klopp needs to reinvent his front line. Mo Salah could be part of it, coming in off the right, but a more conspicuous No 9 to ease some of the pressure is a must.