Estupinan arrived at Vicarage Road in July 2016 but has never made a senior appearance for the Premier League outfit.

The 22-year-old has made 30 appearances in all competitions for the 11th-placed La Liga club, scoring once against Valencia and providing a further five assists.

His displays have seen him linked to various clubs including the Red Devils, with Old Trafford legend Antonio Valencia endorsing his compatriot back in April. 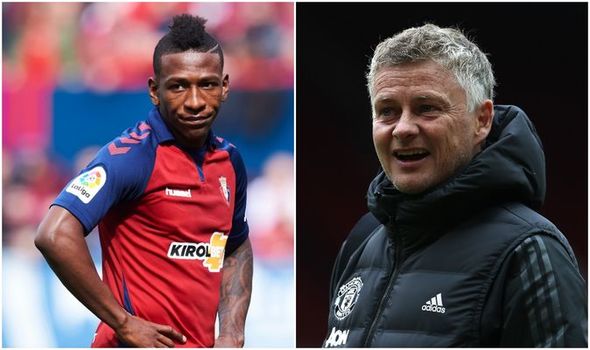 “From here, I send all the positive energies to Estupinan. Hopefully, it will happen,” Valencia said.

Estupinan quickly responded to Valencia’s comments, saying: “I’m proud to receive the blessings of a reference like you.”

Estupinan and Valencia’s relationship could be viewed as an advantage for Manchester United. However, there are still plenty of obstacles to overcome.

The first is that Osasuna have the option to make his stay permanent for around £9million.

Should they not take up their option, the full-back will return to Watford where his contract still has 12 months left to run. 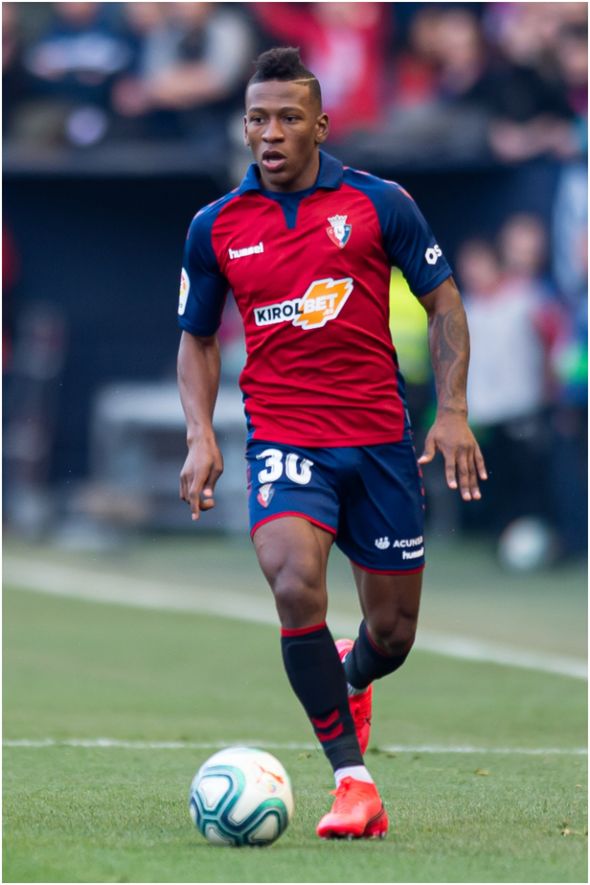 If Osasuna DO decide to activate their clause, then Spanish publication La Razon claim Barcelona and Atletico Madrid will both submit offers in excess of £9m later this summer.

Barcelona manager Quique Setien wants Estupinan to replace Junior Firpo, who could be offloaded in the upcoming transfer window while Diego Simeone is also looking to bolster his defensive ranks.

And there’s a fourth contender looking to get involved with Tottenham manager Jose Mourinho willing to ‘fight tooth and nail’ to sign Estupinan.