Manchester United will look to propel themselves up the Premier League when they take on Everton in Saturday’s early kick off. The Red Devils are currently sitting down in 15th place, and Ole Gunnar Solskjaer will be keen to pick up some points at Goodison Park to get their season back on track.

United boss Solskjaer admits that his squad is looking somewhat similar to that which lost 2-1 to Istanbul Basaksehir on Wednesday, though they are set to boosted by a couple of returning players.

“Alex has started training with us, which is good. Victor has still got the issue that he’s been struggling with. He’ll have to be checked tonight [Friday] in the hotel.

“It’s the same squad as before Istanbul really.”

DON’T MISS: Mauricio Pochettino to Man Utd: What Pochettino said about job in past 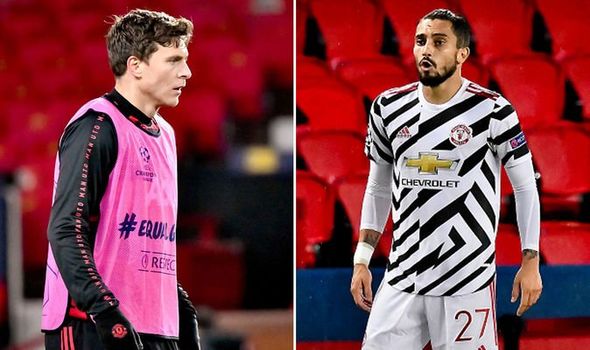 Lindelof was an unused substitute in the midweek defeat due to a back injury.

It’s thought he has continued to recover since then, and could be in line to return alongside Harry Maguire at centre-back.

The Swede is likely to undergo a late fitness test that will determine his availability.

Ivorian defender Bailly isn’t expected to be risked until after the international break, ruling him out of the clash with Everton.

United’s no. 3 has been missing for around a month with a muscle injury, adding to their woes at the back.

He’ll be targeting the first game back against West Brom as a realistic return date. 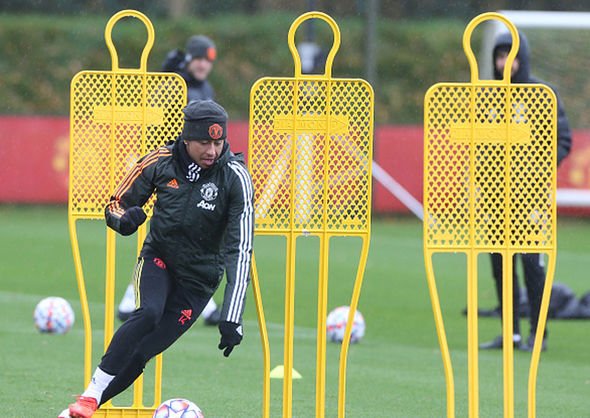 New left-back Telles has now completed his time in isolation after testing positive for Covid-19.

The Brazilian is back in training once again, and could be set to make his Premier League debut against Everton this weekend.

Telles made his first and only appearance for the club in the win over PSG.

Attacking-midfielder Lingard is nearing a return to full fitness after recovering from an unspecified short-term injury.

The England international is thought to have only narrowly missed out on making the squad for the trip to Istanbul.

But he could feature against Everton on Saturday.

Not an injury update, but Martial is in line to return after serving his three-match domestic suspension having been shown a straight red card in the 6-1 loss to Tottenham.

Martial scored in the midweek defeat.

Phil Jones is still on the long road to recovery, and was not included in Solskjaer’s 25-man squad.