Manchester United have been handed a boost in their transfer pursuit of Jadon Sancho, with a leading football agent shutting down links to Chelsea and Liverpool. The Borussia Dortmund star is the No 1 target of both Ole Gunnar Solskjaer and Ed Woodward having impressed in the Bundesliga this season, scoring 14 goals and clocking up 15 assists from 23 league games so far.

Manchester United are considered frontrunners in the race to sign Sancho, who has been on their radar for well over a year.

Both Solskjaer and Woodward feel the 20-year-old ticks all the boxes for the club having watched him bits Bundesliga defences over the last three years.

United are prepared to hand Sancho the No 7 shirt and a bumper pay packet that would see him overtake David De Gea to become the club’s highest-earner.

And a leading agent has now fuelled talk of a move to Old Trafford for the forward by shutting down the prospect of moves to Liverpool and Chelsea.

Speaking to the South China Morning Post, the agent said: “No matter how good Sancho is, there’s actually a limited market for him right now.

“Dortmund won’t sell to Bayern Munich, not just because they’re their biggest rivals but Dortmund are in a better financial position than when they sold players in the past like Lewandowski. 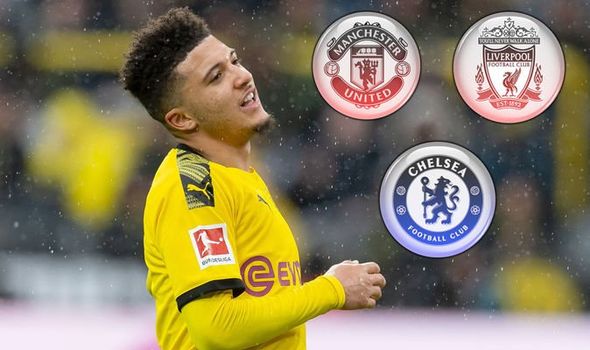 “Liverpool are not in the market for £100 million players and they don’t need him. I’ve dealt with Klopp – they’d rather pay half that amount for a player a step or two behind Sancho who they think they can improve.”

On Chelsea, the agent added: “I’ve read the Chelsea speculation and I’m convinced that it’s the agents ramping up the talk to try and create an auction situation which would suit them and Dortmund.

“Chelsea will lose Pedro and Willian for nothing when the season ends.

“Roman Abramovich is more about patching the squad up now than breaking transfer records.

“They let Morata go and brought Tammy Abraham back on loan. They took Higuain on loan. They’re not going crazy any more.” 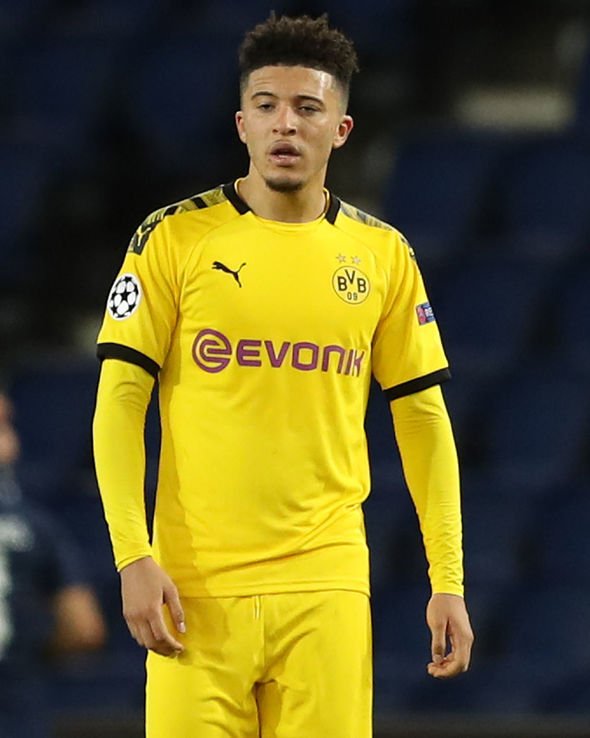 Manchester City have been linked with Sancho as well, albeit tentatively.

Pep Guardiola sold the 20-year-old to Dortmund in 2017 but the agent doesn’t see a Etihad return as a possibility.

“They should never have sold him but they know him too well and they know there’s a bit of baggage with Sancho,” they continued.

“Dortmund know he’s a great player and are ready to sell on him after a very good season.

“But he’s not as punctual as he could be and has missed team meetings.”

Should United sign Sancho, it will likely be a club-record deal.

Dortmund want around £120million for the England international – and the Red Devils are prepared to pay it, too.

United’s record signing is currently Paul Pogba, who cost the club £89m when they re-signed him from Juventus in 2016.

After the France international is Harry Maguire, who set the Red Devils back £80m in last summer’s transfer window.

And Romelu Lukaku is third on the list, with United paying £75m to sign the Belgium international from Everton in 2017.