Manchester United hero Nani has admitted he was left surprised by Paul Scholes when he joined the club from Sporting Lisbon in the summer of 2007. And the Portugal international has also hailed compatriot Cristiano Ronaldo, who he spent three years playing alongside Old Trafford earlier in his career.

Nani left Manchester United in 2015 but the Portugal international is still popular around Old Trafford.

He was often inconsistent throughout his spell in the Premier League but, despite that, still played a vital role in the club winning five league titles under Sir Alex Ferguson.

And Nani has now opened up on life at Old Trafford, admitting Scholes left him surprised when he first arrived.

“One player who really surprised me and impressed me a lot in the beginning was Paul Scholes – he was phenomenal,” he told Football Wave.

“My favourite was still Cristiano Ronaldo – the best. 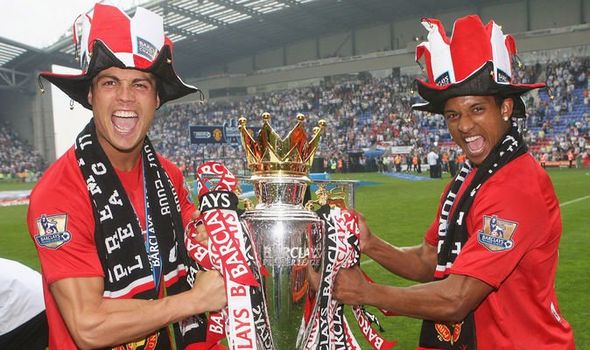 “Best player ever? I have seen so many… even from the past like Maradona, Pele… but I would pick my companion of many battles, someone I have won so much with, someone I really respect.

“Numbers don’t lie and they also show he is the best – Cristiano Ronaldo.”

And he also admitted he found playing against Ashley Cole tricky.

“Maybe Petr Cech. I scored a few against him but he was always tough to face. He was tall, agile and tough to beat,” he said.

“Ashley Cole [gave me trouble]. He was really tough in the beginning. 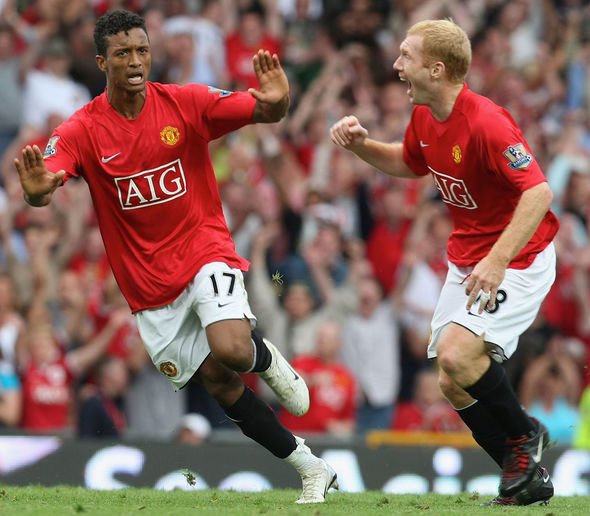 “But then I got used to him and put him in my pocket!”

Nani has previously hit out at Van Gaal for selling him and ending his United career.

“He [Van Gaal] didn’t use me a lot in pre-season,” Nani explained.

“I was the player who had the least time in all the games and I was feeling, ‘This coach doesn’t count on me’.

“And I think, ‘This is not the way to treat us because I am professional, I am training every day, I’m doing nothing wrong, I’m putting quality in the training’.”

Nani recently admitted that, despite being a veteran, he still wants to play for Portugal at next year’s European Championships.

“You cannot just say that you are playing in the USA and that league is no good compared to others,” he said.

“No, it’s not like that. You have one of the best leagues in the Premier League, Spain, probably Italy, and then after that, MLS is not too far from others.

“You can compete with those other leagues. For sure, it’s a possibility, if I do well and I’m at my best, there’s a chance to come back to the national team, so I hope so!”