Manchester United have the ideal tool to benefit transfer business this summer, and his name is Jesse Lingard. With Wolves reportedly preparing to offload Ruben Neves, United could strike a swap deal involving the two.

According to The Athletic, Wolves are ready to sell Neves, 24, during the summer transfer window and value him at £35million.

The club reportedly views him as a primary source to fund its rebuild under new management following Nuno Espirito Santo’s sudden exit.

United have been linked with the Portuguese midfielder before, with the Daily Mail reporting an interest in 2018.

With United reportedly placing a price tag worth around £30m on Lingard, he could be used to secure Neves for a minimal fee, if any. 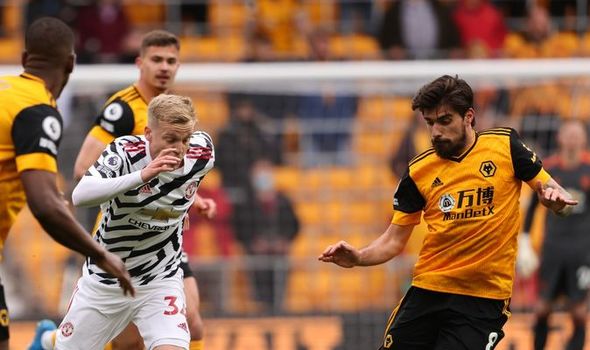 Ole Gunnar Solskjaer will likely look to cash in on the 28-year-old this summer, although West Ham United should have first dibs.

Lingard has exceeded all expectations on loan at the London Stadium in the second half of the 2020/21 season.

He scored nine goals and registered four assists in 16 games, which also earned him a recall to Gareth Southgate’s England squad.

He won’t be the only manager pursuing the midfielder’s services, though, with Molineux potentially an ideal destination.

Former Benfica manager Bruno Lage has been widely tipped to succeed Espirito Santo, and he could bring his preferred 4-4-2 system with him.

The formation includes two holding midfielders and two wide men capable of running inside and outside to carve out chances for the two strikers.

Lingard would thrive as an inside forward at Wolves, using his pace on the wing and creative mind in central areas.

However, United may have other priorities in the transfer window before pursuing a central midfielder.

Ole Gunnar Solskjaer is reportedly prioritising the capture of Jadon Sancho after a long-standing interest. 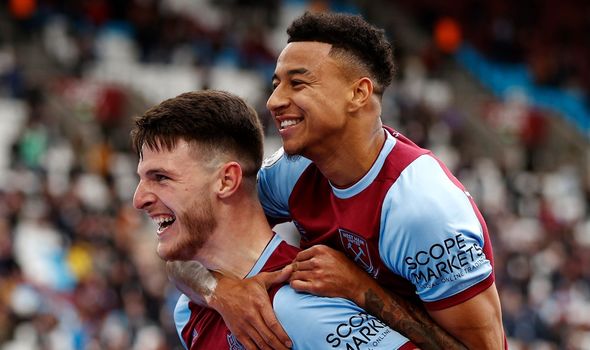 United are also set to go ‘all out’ for a new centre-back following the Europa League final on Wednesday.

Neves is by no means a poor player, but even when it comes to midfield options, West Ham ace Declan Rice is thought to be Solskjaer’s primary choice.

Using Lingard as weight in a move for Neves would be smart, but whether it’s realistic is another story.

If Wolves are looking for funds for their new manager, whilst they would be getting a top player, they’d want cash on top.

Instead, United would be wiser to use Lingard to try and lure Rice to Old Trafford, as he’s sure to be worth a much greater fee.