Manchester United are being strongly linked with a move for David Alaba in January and it appears as though Bayern Munich are now resigned to losing the defender, according to Oliver Kahn. Alaba was subject to plenty of interest in the summer transfer window, but Bayern were desperate to tie him down to a new deal.

The Bundesliga giants ended up withdrawing their final offer of a new contract at the start of November.

Alaba addressed the media the following day where he stated he was not given enough time to consider the offer.

“Seven days are not enough for me to decide, I told Bayern that immediately,” he said in November.

“We’d been travelling a lot, we’ve had away games, I told Bayern immediately that I wouldn’t react.” 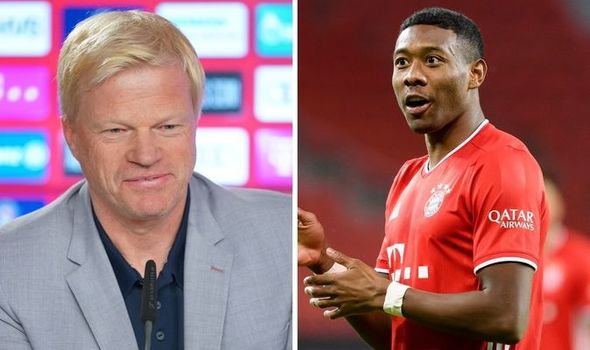 There have been suggestions in recent weeks that negotiations could restart with Alaba still open to staying at Bayern.

But Allianz Arena board member Khan, who will become the club’s new CEO in a year’s time, has seemingly all-but confirmed that Alaba will be leaving in 2021.

“At the moment I don’t know how that should happen,” he told Sport Bild.

“We rolled out the red carpet for David Alaba and went to our limits. David and especially his advisor Pini Zahavi have not walked that red carpet.

“It looks like he’s looking around. We have to accept that.”

United appear to be the frontrunners for his signature with Ole Gunnar Solskjaer keen to make some improvements defensively.

The Austria international remains one of the world’s best defenders and has won an incredible 23 major honours during his time at Bayern.

And United are in dire need of strengthening in defence as they have conceded more goals than any other team in the top 10. 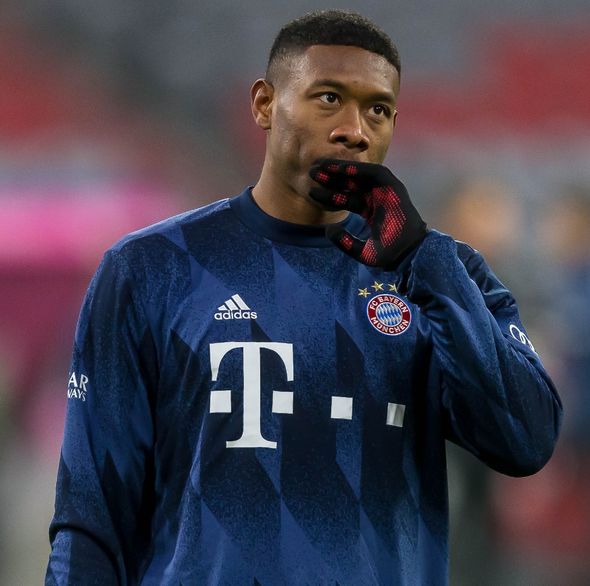 Reports have emerged in Spain suggesting that United have already made contact with Alaba’s agent.

Both Chelsea and Manchester City are also said to be interested, while Real Madrid, Barcelona and Paris Saint-Germain are in the race for his signature.

The report gives United the edge though due to Dayot Upamecano’s renewal with RB Leipzig in the summer.

Upamecano has long been linked with a move to Old Trafford and could be available for as little as £40million.