Manchester United fans are convinced Mauricio Pochettino will soon replace Ole Gunnar Solskjaer as the club’s manager. Pochettino appeared on Sky Sports’ Monday Night Football programme tonight to discuss his managerial career. The Argentine has long been linked with the United job, dating back to before Jose Mourinho was appointed Red Devils boss in 2016.

Pochettino has been out of work since being sacked by Tottenham in November 2019.

But with United having suffered their third Premier League home defeat out of four this season against Arsenal on Sunday, fans on social media were adamant Pochettino’s live TV appearance was an audition for the Old Trafford job.

And some thought he was doing a good job at selling himself.

One fan tweeted: “Poch is smashing his Man Utd interview..couple more defeats for Ole and they will be all over Poch like a rash.” 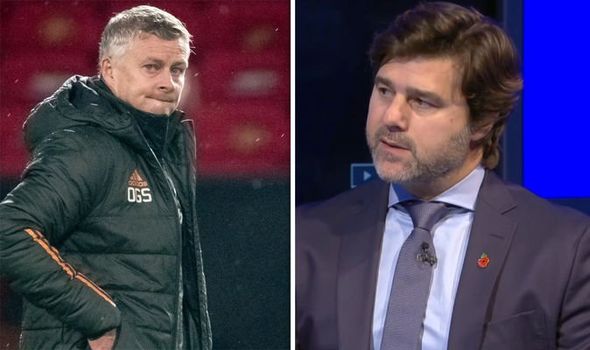 Another put: “Mauricio Pochettino will be the next manager of Manchester United, this feels like a job interview in front of millions of people and he’s smashing it thus far.”

One more wrote: “Sky after the break how Poch helped Southampton and Spurs basically he is speaking to Man Utd owners it’s a job interview.”

Liverpool legend Jamie Carragher appeared alongside Pochettino and one fan joked it was he who was leading the interview. 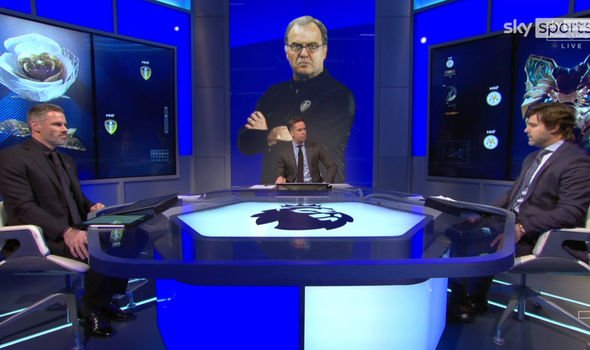 Another fan expected the United owners to be keeping an eye on Pochettino’s appearance.

Pochettino insisted he is ready to return to management almost 12 months after leaving Tottenham.

“I always feel ready to be in the game,” he said.

“I am looking forward to being involved in the game again. I love the game. In these times it is difficult.

“We are inside, we are working, doing things. But it’s not the same as being involved every single day, sharing with your players, the staff, with the club.

“You miss that. That’s the reality.”