Manchester United have faced yet another setback in their pursuit of Barcelona midfielder Frenkie de Jong. Barca are reported to have drawn up a ‘plan B’ option if they are unable to sell De Jong in this window.

United have been targeting the Dutch international throughout the summer. A fee has been agreed with Barca but the player is determined to stay at the Nou Camp.

Barca want to raise funds in order to register their new signings and De Jong is a player they are hoping to sell. But if De Jong does not shift from his current stance, the La Liga giants have a different plan.

Spanish outlet Cadena Ser claims Barca will look to sell goalkeeper Marc-Andre ter Stegen instead. Ter Stegen is on a high salary, which the report says is set to increase this season. 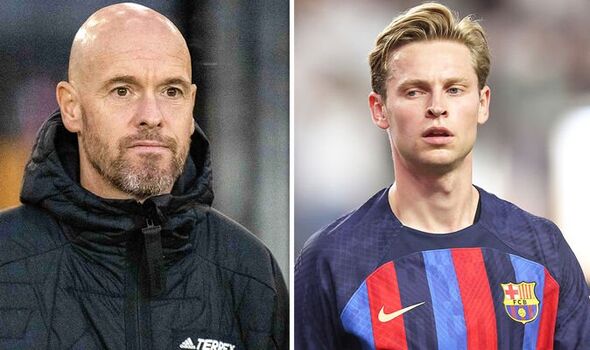 Barca boss Xavi likes the German but the club’s board may look to sell to create space in terms of wages and bring in some much-needed cash. Ter Stegen joined Barca from Borussia Monchengladbach in 2014 and has made 327 appearances in all competitions.

Ter Stegen’s contract at the Nou Camp does not expire until 2025. But De Jong’s stubbornness could lead to Barca seeking an exit for the 30-year-old.

Cadena Ser says Barca are yet to register summer signings Pablo Torre, Franck Kessie, Raphinha, Andreas Christensen and Robert Lewandowski. Selling the likes of De Jong or Ter Stegen will help in that regard.

The pull of De Jong’s former Ajax boss Erik ten Hag at United is seemingly not enough for the 25-year-old. And former Tottenham midfielder Jamie O’Hara says the Red Devils must look at alternative targets. 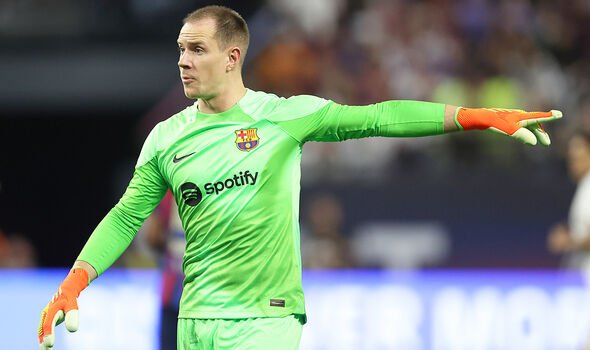 He told Sky Sports: “Move on, move on. It’s been a joke. It’s almost embarrassing now that they’re still trying to pursue it.

“If it hasn’t happened now, it’s not going to happen. This is Manchester United we’re talking about, one of the biggest clubs in the world.

“I know they don’t have the biggest pull anymore because of the way the club’s gone, but if the player’s still turning around saying ‘I don’t want to leave, I want to stay at Barcelona’, they’re messing around trying to sort the wages that he’s owed, just move on from him.

“There’s plenty of other top-class players out there that you can sign and you don’t want a player ending up coming to the football club almost against his will, in a way. That doesn’t sit right with me.”