Same starting XI. Same three points. Same old Manchester United? Certainly the signs continue to be encouraging. Ole Gunnar Solskjaer kept the same team for the fourth Premier League game in the row – something United have not done since October and November 2006 when they were on their way to winning the title.

Anthony Martial and Marcus Rashford may not be Louis Saha and Wayne Rooney, Bruno Fernandes is not yet Paul Scholes and Harry Maguire and Victor Lindelof may never be a Rio Ferdinand and Nemanja Vidic.

But Cristiano Ronaldo could not have hit the shot Mason Greenwood fired past Pepe Reina on the stroke of half-time with any greater aplomb, so who knows what the future holds for him?

Certainly it was not Aston Villa’s day and for all United’s early dominance the game only swung in their favour when the home side’s luck completely deserted them in the 27th minute.

It was bad enough that Trezeguet’s carefully picked-out shot immediate after the drinks interval hit the outside of the foot of David De Gea’s left post and bounced away. 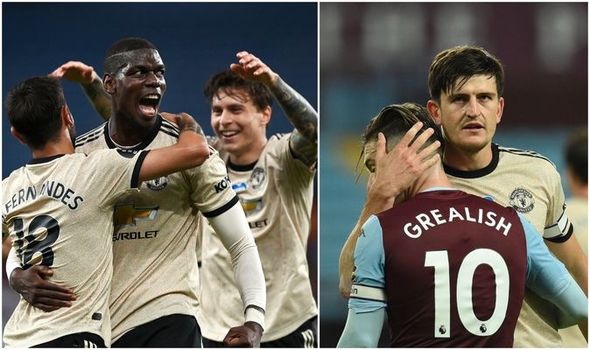 Then on the counter Bruno Fernandes burst in and won United’s record 13th Premier League penalty of the season.

Lucky 13th, it has to be said. His sharp turn was mesmeric, but it was more the Portugal international spinning into Ezri Konsa’s ankle than any illegal intervention from the Villa defender.

A giant howl of “Nooooo!” rang out from the midst of the Villa contingent when referee Jon Moss pointed to the spot.

It could probably have been heard all the way to Stockley Park, but there was no sympathy from the VAR who decided technically a foul had been committed. The successful conversion of the penalty by Fernandes himself was rather less in doubt.

Villa had pinned their hopes on captain Jack Grealish putting in an unplayable performance against team long linked to signing him at the end of the season – that’s the way football scripts are supposed to work after all.

Sadly he fluffed his lines rather, having blazed his only clear-cut chance high over the bar in the 18th minute when picked out unmarked at the far post by Konsa’s deep cross.

Once in front, United were allowed too much time on the ball as Villa hunted down possession as individuals too often rather than in a pack.

Greenwood was given far too much space to fire in a shot which Reina saved in the 37th minute and when Luke Shaw got in behind the defence and picked out Fernandes, only for him to lack the necessary inches to keep his header below the bar.

Aston Villa probed hopefully on occasions but it simply gave United the chance to be devastating on the counter.

Right on half-time, Mings was robbed far too easily by Antony Martial as United broke forward and Greenwood eventually hit that a belter to kill off the game as a competition. 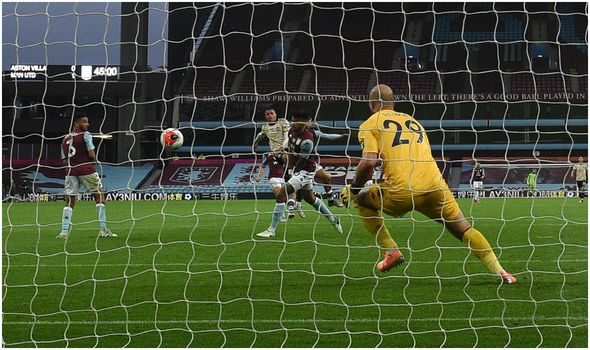 Aaron Wan-Bisaka was inches away from making things even worse for Villa immediately after the restart after good work from Rashford but it was all too easy for Pogba to ease the ball into the corner from 25 yards after a simple corner was pulled back to him after 58 minutes.

Martial hit the crossbar and there could easily be more as the game meandered to a close in intricate circles in and around the Villa area.

But the job was done. United are now breathing hard down the necks of Chelsea and Leicester in their hunt for a place in the top four.

Champions League football…? Now that would be the same old United.