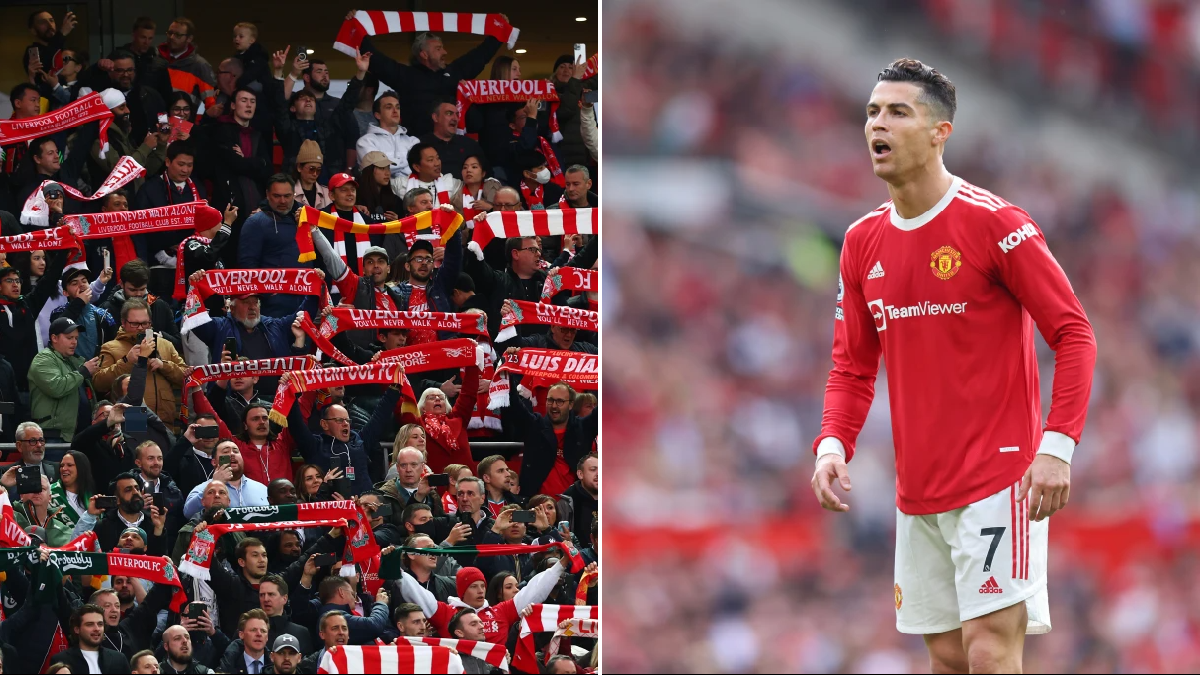 On Monday night, Ronaldo took to Instagram to share the devastating news that he and his partner Georgina Rodriguez’s baby son had died during childbirth, while their newborn daughter survived.

The Portuguese star missed tonight’s clash at Anfield but both sets of supporters were eager to pay their respects and rose to their feet to clap during the seventh minute of the match.

Liverpool had taken the lead through Luis Diaz just three minutes earlier but fans still took time to clap for Ronaldo and his family as a rendition of ‘You’ll Never Walk Alone’ was belted out from the crowd.

Both sets of players also wore black armbands while Gary Neville, working on punditry duty for Sky Sports, offered his condolences to his former team-mate before kick-off.

United boss Ralf Rangnick also expressed his support to his star striker before the match.