Rojo was loaned to boyhood club Estudiantes during the January transfer window having managed just 120 minutes of Premier League action under manager Ole Gunnar Solskjaer during the 2019/2020 campaign.

The 30-year-old arrived in high spirits but a troublesome and persistent knee injury combined with the coronavirus pandemic limited him to just one appearance for the club.

Rojo’s six-month loan agreement is set to expire in a few weeks and Estudiantes manager Leandro Desabato has already suggested the player will likely return to England.

“We have to wait, but Rojo is likely to leave,” he told Radio Late 931. “The loan is due, and if Manchester do not want to continue loaning, it’s understandable.”

JUST IN: Barcelona to complete striker transfer in next 27 days after January purchase agreement 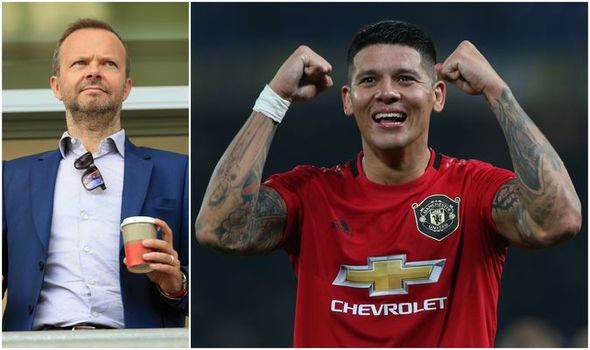 The report claims United are eager to recoup a large portion of the £16million they paid Sporting Lisbon for his signature in August 2014.

And are asking for around £9.5million to green-light his departure in the upcoming transfer window.

El Eco claim that valuation is far too steep for any Argentine side but Rojo has asked his agent to convince the club’s executives to allow him to extend his stay.

That’s partly because the former Spartak Moscow star is expecting his third child and would like to stay in South America for personal reasons. 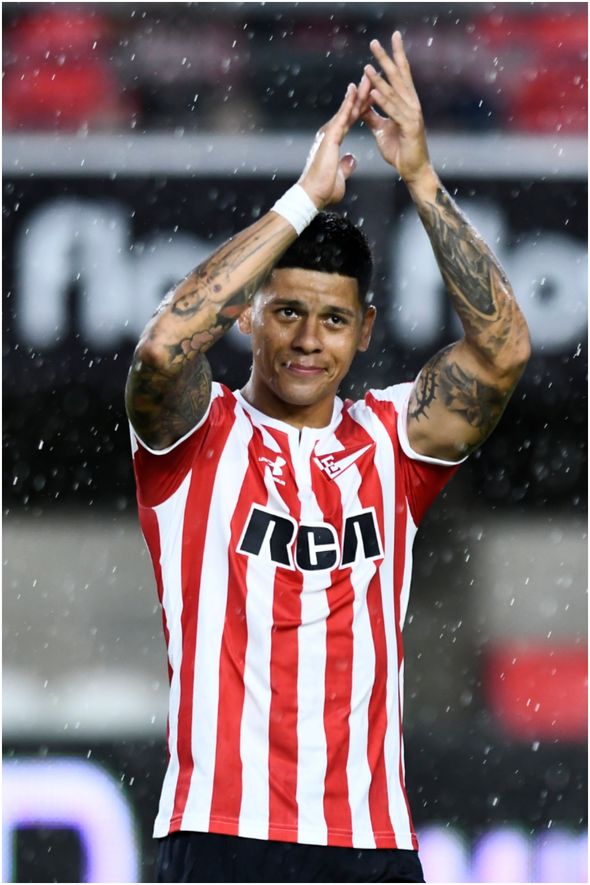 The player himself has previously expressed a desire to extend his spell with Estudiantes.

“If it depends on me, I will speak to Manchester United’s management about the possibility of staying here for another six months,” Rojo told Estudiantes Y Su Gente in April.

“I will feel a tremendous sense of pain if I have to leave after playing in so few matches. I am completely recovered now, and fit to play once more.”