Manchester United midfielder Paul Pogba admits he has been feeling frustrated during his time spent on the sidelines through injury. The Frenchman has only played seven times in the Premier League this season due to ankle problems, and has been tipped to leave at the end of the season.

Pogba was set to return to the United first-team squad before the coronavirus pandemic halted the season.

The 27-year-old had only played four league games before the first spell of ankle issues.

He was kept out of two games, before returning to face Arsenal in late September.

But that would prove to be his last outing until the Christmas period, when he played just over an hour’s worth of football across two league games against Watford and Newcastle. 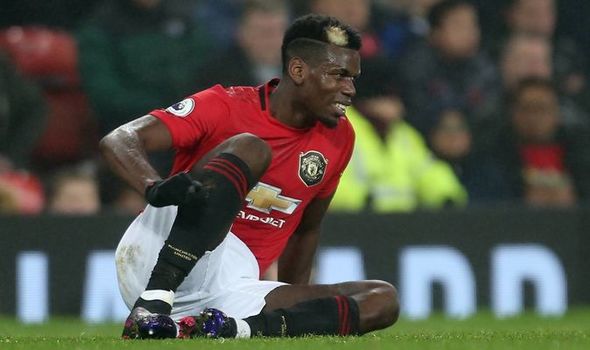 However, after that, he was forced to have surgery as his ankle problems worsened, and speculation suggested he was set to leave after comments made by his agent, Mino Raiola.

He was set to return to the squad before the season was halted, and was close to rejoining first-team training sessions.

Now, Pogba has opened up on how he has been coping during his time on the sidelines.

The Frenchman told the club’s official podcast that he is now able to kick a ball again after so long without action.

“I’m already training and touching the ball,” he said in a podcast recorded last month.

“I’ve been frustrated, a long time ago. Now I’m almost there, so I’m just thinking about getting back and training fully with the team and everything.

“You think bad but I’ve never had something like this in my career, so I always take it in a good way.

“It makes me more hungry to come back and do well. And, yeah, it just shows me as well how much I love football. 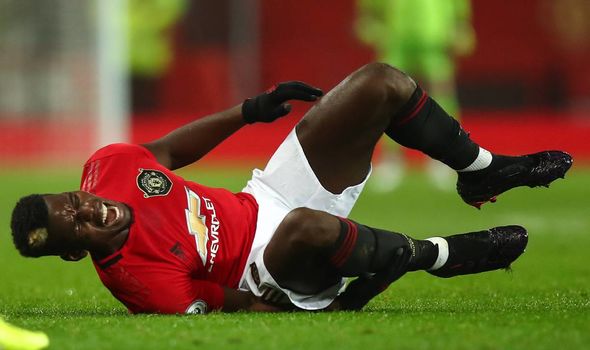 “You have to be very patient because, well my injury, I don’t know if people really know what happened.

“So I had a foot injury, which came in the game against Southampton. It was early this season and so I carried this for a long time, training and trying to be playing with it. After I stopped, I found I had a fracture.

“I had a cast on it, a plaster-cast, so it went very well but too well. The bone got bigger and so, when I came back again, I played those two games against Watford and Newcastle, I could feel something again. So I had to have an operation and now here I am.

“I don’t feel anything and, hopefully, I’ll be back very soon.“