Bruno Fernandes has seen his market value skyrocket after a brilliant year with Manchester United. The Red Devils were catapulted into the Champions League after his arrival in the last January transfer window and this season they are locked in a Premier League title race with Manchester City.

United star Fernandes has been a standout performer for the club this season, leading in terms of most goal contributions at Old Trafford.

As a result, he has seen his market value fly through the roof after the Red Devils splashed out £47.5 m on him last January.

After his arrival, United went up a gear in the Premier League at the perfect time and managed to claw themselves into the top four.

Ultimately, they finished third – above Chelsea on goal difference – and it was largely helped by Fernandes’ goals and assists. 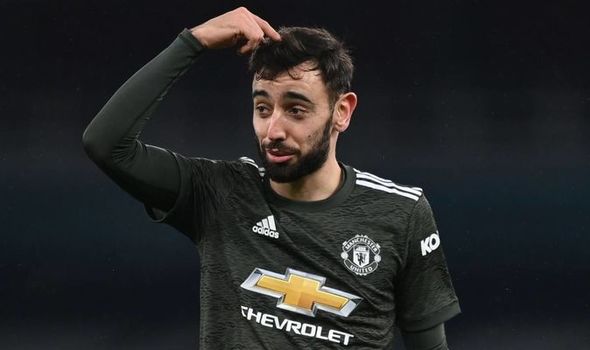 And this season, he has kept that form up with the 26-year-old netting 17 in all competitions while assisting 12 goals.

His value to United is priceless with Ole Gunnar Solskjaer’s reliant on the Portugal international in the Premier League and Europe.

According to Transfermarkt, at the time of his signing at Old Trafford his market value stood at £43.2m.

At the time of writing, that has almost doubled to £81m.

It is not hard to see why, with United embroiled in an unlikely title challenge with Manchester City whereas before his arrival, they were floundering for a spot in the top four.

The biggest jump in his value was in those first few months of his time at the Red Devils, where it flew up by £20m to £63m by July.

However, Solskjaer has denied that United are dependent on the former Sporting Lisbon star. 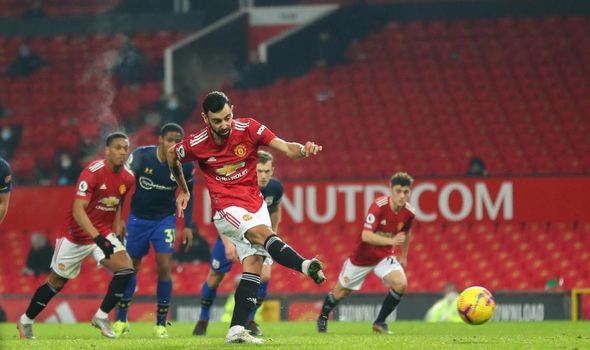 “Bruno has come in and helped the team, no doubt about that,” he said.

“Bruno came in at a time when we needed that type of player and he came into a team that makes his attributes and skills come to fruition.

“He’s part of a chain here and I’m sure that Bruno will say that he also appreciates his teammates and that they help him through games.”