As has been the case many times since his arrival in January 2020, Bruno Fernandes was one of few positives for Manchester United on Thursday night. The Red Devils were beaten 4-2 by Liverpool at Old Trafford, succumbing to back-to-back Premier League defeats in the process.

Results and progress in the league have, for the most part, been well and good for United this season.

Ole Gunnar Solskjaer has led his side to back-to-back top-four finishes for the first time since Sir Alex Ferguson’s retirement in 2013.

United are also closing in on cementing second place behind city rivals Manchester City, which would the club’s joint-highest finish since lifting the title eight years ago.

Fernandes has played a significant part in that success and is currently the frontrunner to be named the Premier League’s Player of the Year among many. 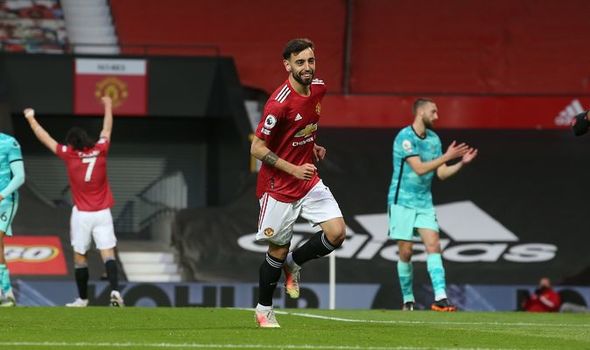 The 26-year-old has continued his freak goal contribution output this season and is in touching distance of the top-flight’s leading goalscorer and assister, Harry Kane, in both rankings.

In all competitions, Fernandes has been directly involved in 45 goals in 56 appearances this term, netting 28 times and providing 17 assists.

His 28th goal, which opened the scoring in a promising start against Liverpool, secured quite the feat.

Fernandes’ 28-goal return in all competitions is now the best-ever in a single season from a Premier League midfielder.

But that’s not all. Fernandes only went and broke two records in the same game.

His 26 league goals in that period is the highest number scored by a midfielder in their first half-century of appearances in the competition’s history. 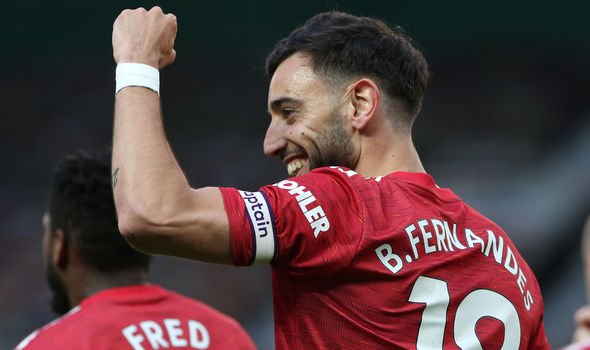 No matter which football club your allegiances lie with, not a single Premier League viewer can deny the impact Fernandes has had, nor could anyone have predicted it.

United’s No 18 currently holds a one-way ticket to becoming one of the most influential midfielders the competition has ever seen.

The Red Devils have laid the foundations of a title-challenging team this season, and he’s undoubtedly been the driving force in that motion.

As Solskjaer’s young stars continue to grow, mixed with fresh talent, should the Norwegian boss be backed, Fernandes could be the central point of future Premier League champions.