Manchester United have pushed the boat out with their new zebra-themed third kit which has generated scathing reviews from supporters on social media – despite none other than David Beckham modelling the fresh gear.

However, following Chelsea’s bold take on their third-choice kit on Monday, fans on social media have responded in a similarly mixed manner to the zebra-stripes which cover the shirt, shorts and socks, with one commenting: ‘People will use it to cross the road!’ 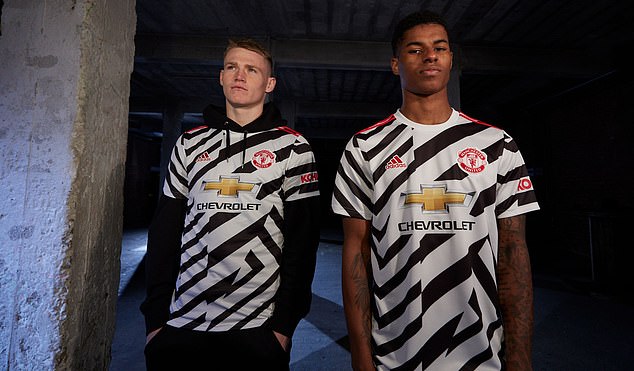 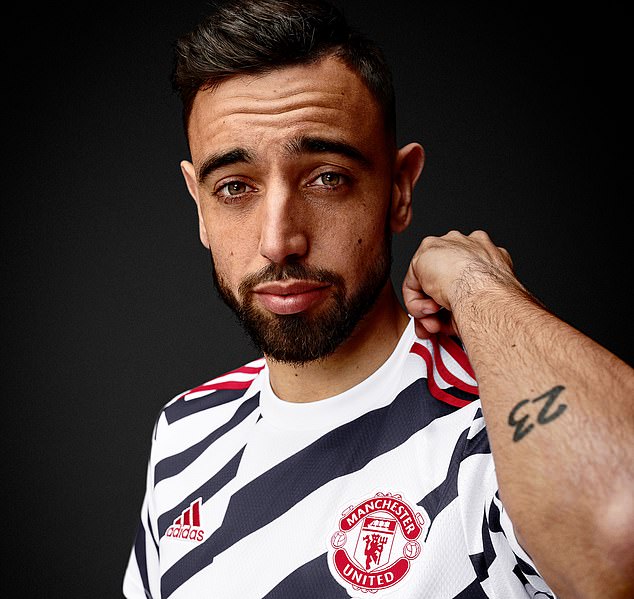 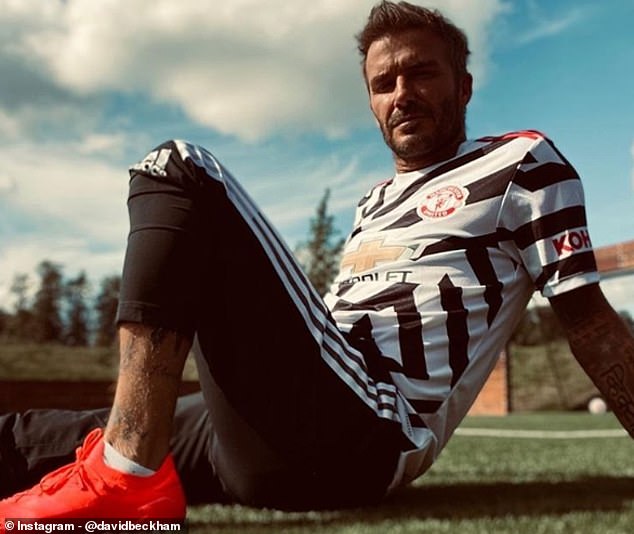 Another believed Beckham modelling the kit made no difference, saying: ‘Even Beckham can’t make it look good.’

But kit manufacturer Adidas have emphasised that the ‘visually distinctive design… provides a fresh update to tradition, while delivering a vibrant new print.’

United first wore a striped kit over 100 years ago and also wore similar designs in the 1970s and 1980s.

The collar of the new jersey features a ‘110 years of stripes’ sign off, signifying the history of the club’s jerseys. 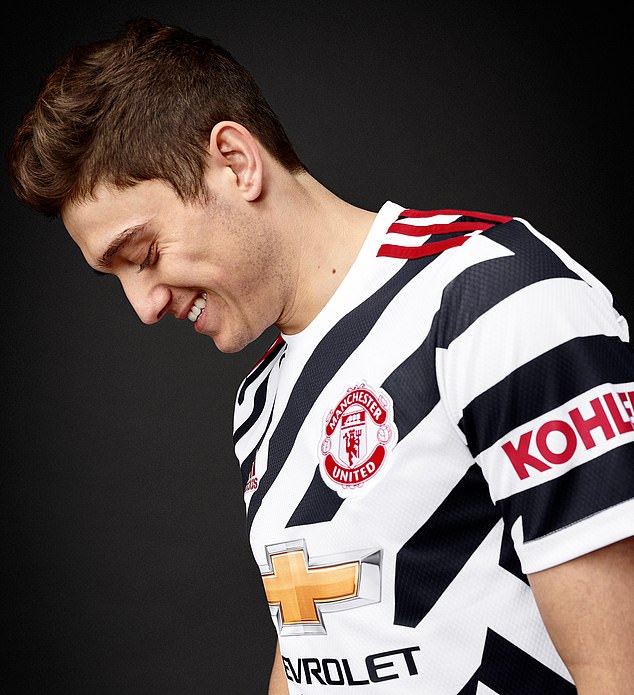 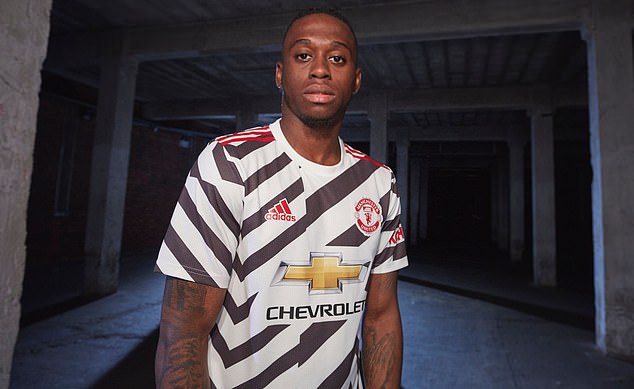 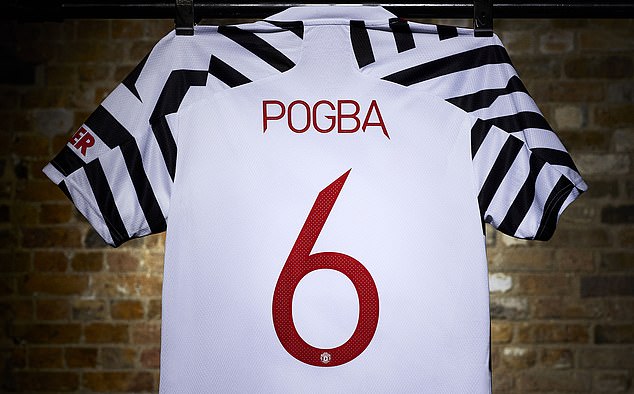 The back of the new shirt, with Paul Pogba’s name and number, which launched on Tuesday 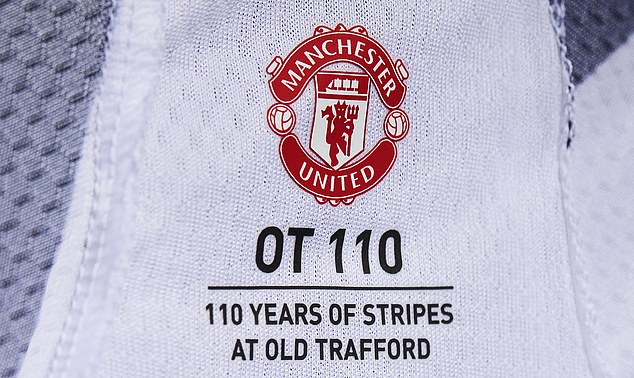 However, fans on social media were not impressed, with one saying: ‘Imagine having a zebra crossing for our third kit.’

Generally, supporters did not seem to take it well, with one claiming it is the ‘worst third kit ever in the history of football.’

Twitter user @Topps1765 said: ‘Wouldn’t put my name on that embarrassment of a third kit, not even if I got it for free’ and another tweeted: ‘Who the hell signed off the third kit? It’s horrendous!’ 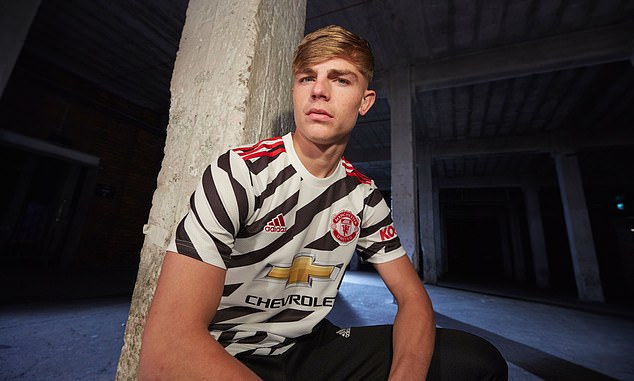 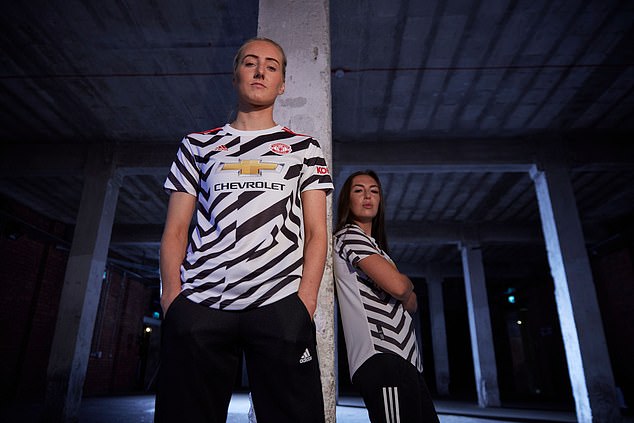 Yet adidas insist the kit ‘demonstrates a continued ambition to push the boundaries of shirt design.’

The kit manufacturers state that they ‘re-drew, hacked and re-imagined combined elements from various jerseys throughout the club’s long history to create a bold new pattern.

‘Utilising United’s iconic club colours of red, white and black the kit is an original story with a modern update.’

The kit is available today exclusively at adidas.com/football, adidas stores, and official club stores. Wider release with select retailers will be available from 15th September 2020.