Manchester City’s bid to refine their squad as they plot a fresh era of dominance has led to interest from European powerhouses in Bernardo Silva, according to reports.

The Premier League champions are planning to rebuild their squad this summer, and the club’s chairman Khaldoon Al Mubarak confirmed they will be making a statement of intent in the transfer window.

As Sportsmail first revealed last week, Raheem Sterling and Riyad Mahrez are just some of the big names that have been put on City’s for-sale list ahead of the club’s rebuilding project. 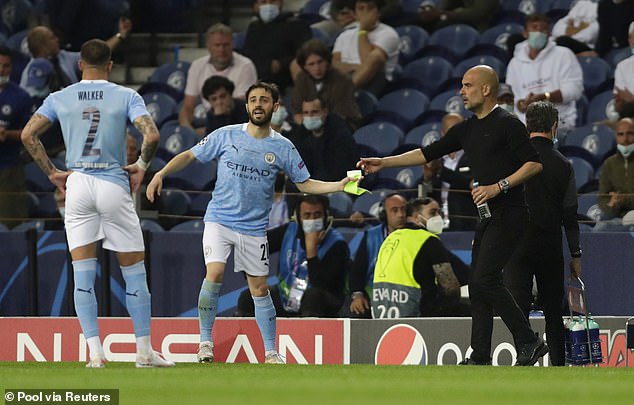 And now according to the Telegraph, Champions League clubs from Spain, France and Italy are looking to capitalise on City’s project by making a move for Silva.

The European clubs reportedly believe the Portuguese midfielder, who has a lengthy contract at City until 2025, could be granted a move if he wants a fresh challenge after four stellar years at the Etihad.

Since joining from Monaco in 2017, Silva has lifted three Premier League titles, four Carabao Cups and one FA Cup – as well as finishing runner-up in the Champions League in the season just gone.

Spanish giants Barcelona have previously had an interest in the 26-year-old but now have a number of players in his position, and due to their worrying financial predicament, may struggle to afford him. 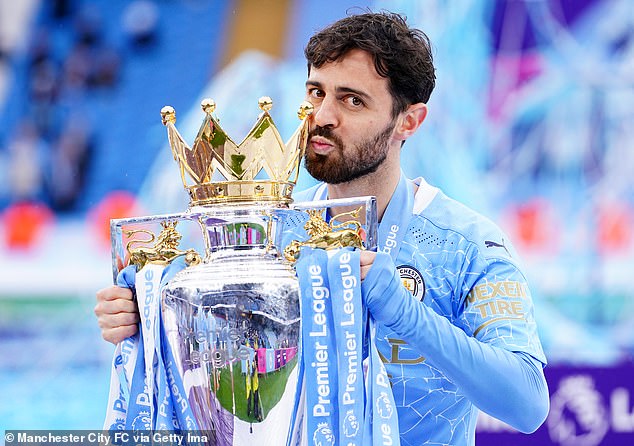 City are looking to raise funds particularly for a new striker, having lost Sergio Aguero on a free transfer to Barcelona while Gabriel Jesus has struggled to nail down the starting spot up top.

Pep Guardiola’s side have been linked with a number of marquee strikers, including Erling Haaland, Harry Kane and Romelu Lukaku in recent weeks.

City are also in the hunt for Aston Villa captain and midfielder Jack Grealish but there is a recognition that they need to trim their squad first before making big-money moves.

On Wednesday, City chairman Khaldoon warned their rivals that they will continue to be ‘disruptive’ to stay among the elite, while apologising for his decision to join the botched European Super League. 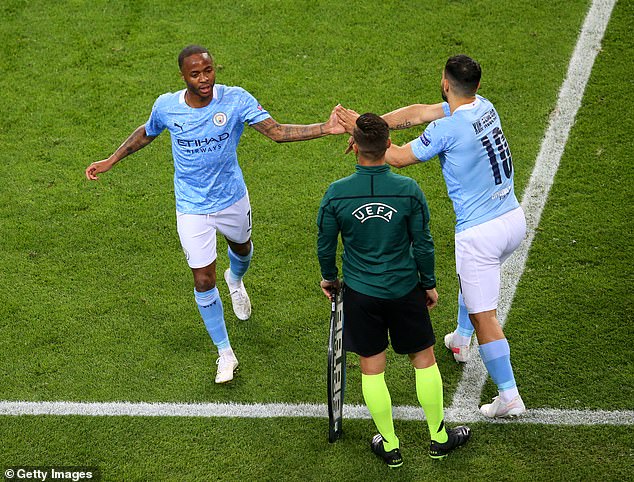 ‘We will continue to push the envelope in everything we do – because we want to be the best club in the world,’ he said.

‘To do that we have to disrupt – and we will disrupt. In being disruptive, sometimes you make mistakes. We’ve made them in the past and we’ll make them in the future.

‘Our ability to compete in that top tier is clear and we will be competitive and aggressive.’