Manchester City are preparing to flex their financial muscle this summer and spend some serious money in order to steal the Premier League title back from Liverpool, and are preparing to make Kalidou Koulbaly their next signing of the window. That’s according to transfer expert Duncan Castles, who reported that Gabriel Maghomaes has been lined up as a replacement for the Napoli centre-back.

City are expected to spend big this summer to win back their Premier League title.

The Citizens have already forked out £40million for Nathan Ake, signing the defender from Bournemouth.

But according to Castles, he will only be a back-up to Aymeric Laporte, and City are determined to sign Koulibaly as a partner to Laporte.

City are still yet to properly replace Vincent Kompany after the club legend’s exit last summer, and struggled at the back last season as a result. 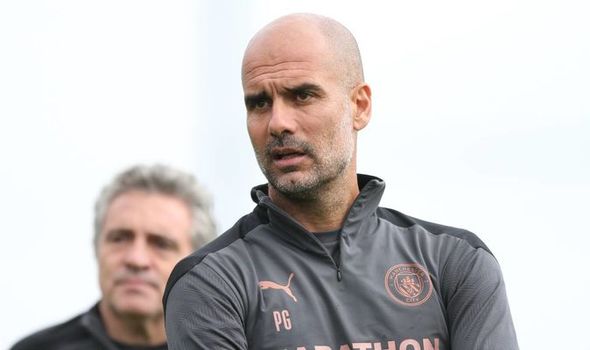 But now, they are preparing to spend big on Koulibaly, and could be on the verge of concluding the deal.

Speaking to the Transfer Window Podcast, Castles revealed that City are closing in on Koulibaly, and are ready to ramp up negotiations now that Napoli are out of the Champions League.

He said: “Manchester City want an elite centre-back to go in alongside Aymeric Laporte.

“They’ve already signed Nathan Ake as an initial £41million backup to Laporte, which shows the state of their ambition and the money they’re going to put into the market.

“They’ve looked at a lot of candidates, so you’ve got Koulbaily, Ruben Dias of Benfica, Jose Gimenez they’ve enquired about, and were told they’ll only get him if they get the release clause. Some top centre-backs have been options for them.

“The information from France, where Gabriel has been lined up as a replacement for Napoli for Koulibaly, is that they expected movement on this once Napoli have been eliminated from the Champions League, and therefore didn’t have to worry about transfer negotiations or discussions with players while they’re playing.

“Obviously Napoli are out now, the room is open for negotiations.“

Italian football expert Aurelio Capaldi, who was appearing on the podcast alongside Castles, revealed that City are close to agreeing terms with the Serie A side. 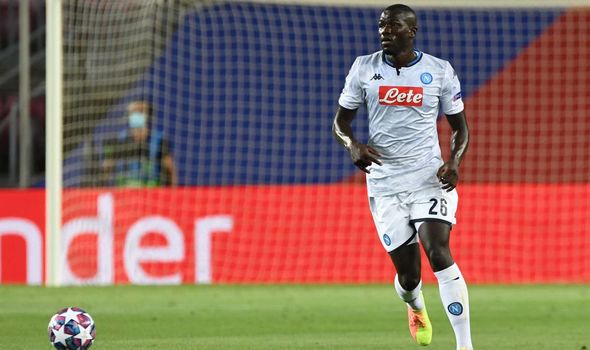 He confirmed that Napoli are currently asking for €70million [£63m], and City are currently offering £54m, so there isn’t a huge gap between the two clubs.

Capaldi said: “Napoli now are asking for something like €70million, they used to ask for more before the virus, but now they know the times have changed.

“They’d be happy to sell for around €70million. From what we know City have offered something like €60m, so I don’t think the two clubs are too far.

“When Ancelotti was sacked and Gattuso was appointed, Gattuso was told that Koulibaly would probably go at the end of the season, so he’s ready to lose the player.”