Liverpool: Wijnaldum leaving 'will be a blow'

Liverpool are believed to be interested in signing Leicester’s FA Cup hero Youri Tielemans and his chances of staying at the King Power have been rated at just “30 per cent”. That’s according to Belgian journalist Sven Claes, who claims a summer move could be on the cards.

Tielemans struck a stunning winner in the FA Cup final at Wembley Stadium earlier this month as the Foxes edged Chelsea 1-0.

The 24-year-old turned in a midfielder masterclass and his performance suggests he’s ready to make the next step of his career.

While Leicester are now rubbing shoulders with the best teams in the Premier League, their failure to secure Champions League football for a second successive season may prove a worry when it comes to keeping their best players.

Reports in Belgium claim Liverpool are keen on signing Tielemans as a potential replacement for Gini Wijnaldum. 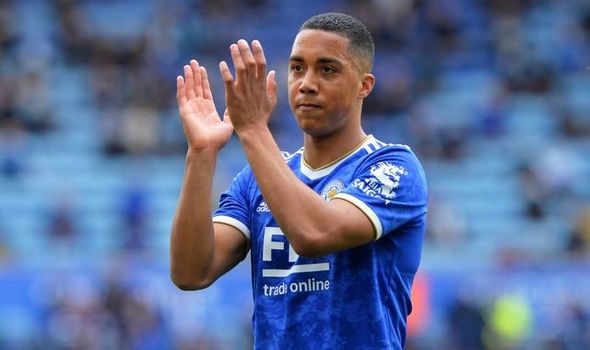 The Dutchman said an emotional farewell to his teammates and the Liverpool fans on Sunday after the 2-0 win over Crystal Palace on Sunday.

He is now set to join Barcelona and the Reds feel Tielemans could be ready to fill the void.

Journalist Claes has now confirmed the news and he believes the former Monaco man is highly likely to depart Leicester this summer.

“Liverpool are one of many options for Youri Tielemans,” he tweeted. “Not concrete (yet) at the moment. I expect after Euro’s he’ll decide where to go (or stay – 30% chance).”

Liverpool are also tracking Brighton midfielder Yves Bissouma, who is another name under consideration.

Tielemans said in February that he would be open to signing a new deal with Leicester, who are determined to keep him at the club.

“Yes, why not? This is a club where you have the best environment you can have, especially with this new training ground. The people around you just want the best for you,” he said.

“It’s brilliant to be here. I really like it here. We’ll see what’s coming in the future.

“But I think the environment is just perfect to win trophies here. You can’t predict the future but I think everything around the club and inside the club is made for it.”

Brendan Rodgers has moved quickly to secure the services of another midfielder following Leicester’s disappointing final day defeat to Tottenham.

The Foxes are close to wrapping up an £18million deal for Lille’s Boubakary Soumare, who is a box-to-box midfielder.