Potential Liverpool new boy Jamal Lewis believes the Reds have the best full-backs in the league and now he could be set to join up with the pair on Merseyside. The Norwich star looks set to return to the Premier League despite finishing bottom of the table with the Canaries.

Like most relegated clubs, Norwich are facing a fight to keep their best players with a small group already attracting plenty of interest.

Daniel Farke has done a stellar job in East Anglia, despite overseeing a record fifth relegation from the top-flight.

Norwich won the Championship in 2018/19 and will be looking to bounce back to the Premier League immediately.

They may have to do it without left-back Lewis though, who is one of Liverpool’s leading targets this summer. 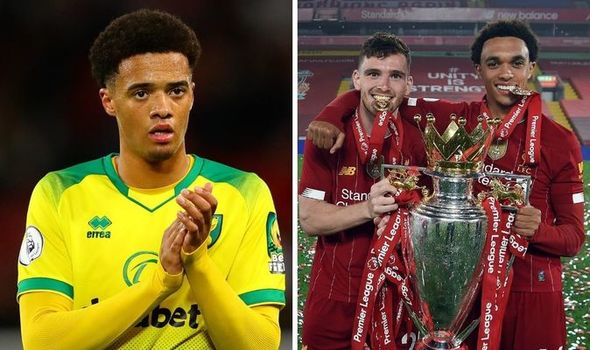 The Reds are willing to pay around £10million for his services, a price that is likely to fall short of Norwich’s valuation.

Nonetheless, Lewis wants the move and would get the chance to learn from two of the best full-backs in the world.

In a feature interview for BBC Sport, Lewis declared his admiration for the Liverpool double act when speaking with team-mate Todd Cantwell.

Cantwell was told to ask Lewis: “Who is the best wing back in the league? And you can’t say yourself, unless you genuinely believe it’s you.”

Lewis replied: “I feel like I’ve got to go one of the Liverpool duo, they’re so good.

“At this point in time I’m going to say Trent.”

Lewis could soon be playing alongside the pair and is said to be desperate to join the Premier League champions. 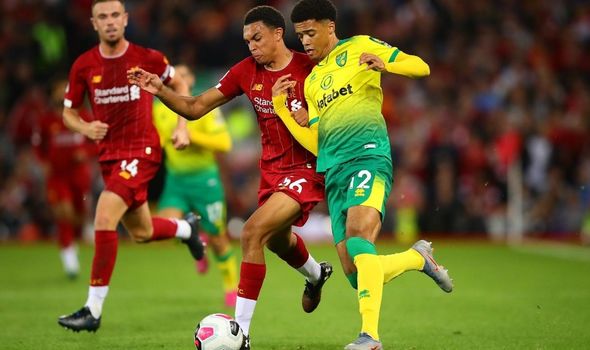 Jurgen Klopp cannot offer him regular game time but sees him as the perfect deputy for Robertson.

The Scotland captain rarely gets the chance to rest due to his relentless fitness levels with James Milner the current back-up option.

Lewis’ arrival would allow the vice-captain to fully focus on his responsibilities from midfield.

Sporting director Michael Edwards will have read in the media that Norwich will ‘pick up the phone’ at £20million. As it stands, there is someway to go before there is an agreement.