Liverpool welcome Brighton to Anfield tonight (8.15pm) looking to maintain their improved run after back-to-back away wins over Tottenham and West Ham. The Reds are winless at home since beating Spurs on December 12, their 68-game unbeaten run ended by Burnley in their most recent Anfield encounter. Jurgen Klopp has a number of tricky decisions to make against the Seagulls, most notably in the front three, as Liverpool look to get revenge for their 1-1 draw with the same opponents earlier this season.

The easiest of all the decisions for Klopp, Alisson essentially picks himself in between the sticks as long as he’s fully fit.

The Brazilian is vital for the Reds and has been unfortunate in recent matches not to add to his tally of clean sheets.

He was rarely tested by Spurs and West Ham and was powerless to prevent either of their goals, Pierre-Emile Hojbjerg scoring a stunning effort and Craig Dawson netting from close range at a corner.

Alisson will hope to add to his tally of five shut-outs from 18 league games here, having only kept two clean sheet in his nine games at Liverpool’s home ground this season.

MUST READ: Liverpool signing Ozan Kabak is ‘special’ and Klopp words back hype 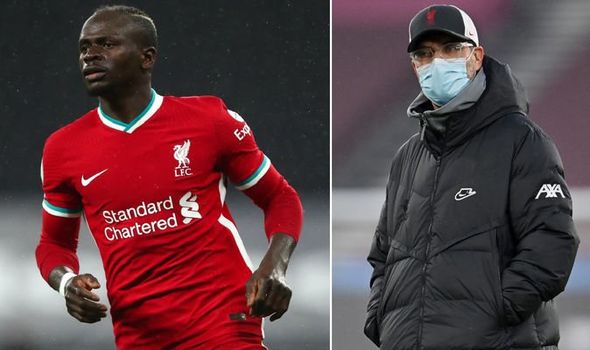 Back in form, Trent Alexander-Arnold is another easy pick at right-back while the indefatigable Andy Robertson should make his 30th appearance of the campaign at left-back.

The Scot has not missed a single minute in the Premier League this season despite such a hectic fixture schedule and is the only player to start all 21 games ahead of Gini Wijnaldum and Roberto Firmino (who both have 19 starts and two substitute appearances).

In central defence, Joel Matip will not play again this season and joins Virgil van Dijk and Joe Gomez on the sidelines for the long term. Fabinho also remains absent with a minor muscle issue.

Ozan Kabak and Ben Davies were signed on deadline day on Monday to boost Liverpool’s ranks but neither are expected to be involved here, though Davies may well make the substitutes’ bench.

Instead, captain Jordan Henderson should be partnered by Nathaniel Phillips, who was excellent in the win at West Ham on Sunday afternoon and is now unquestionably above Rhys Williams in the pecking order.

Neco Williams and Kostas Tsimikas could get some involvement off the bench given Alexander-Arnold and Robertson’s recent minutes. 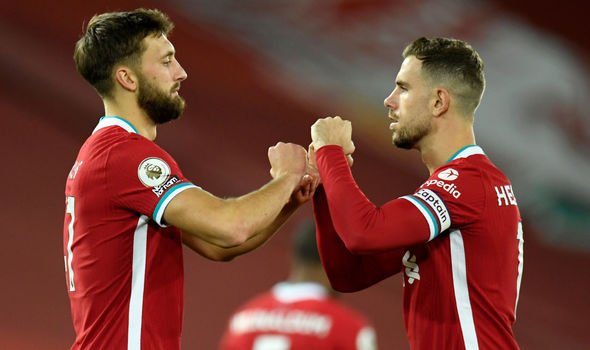 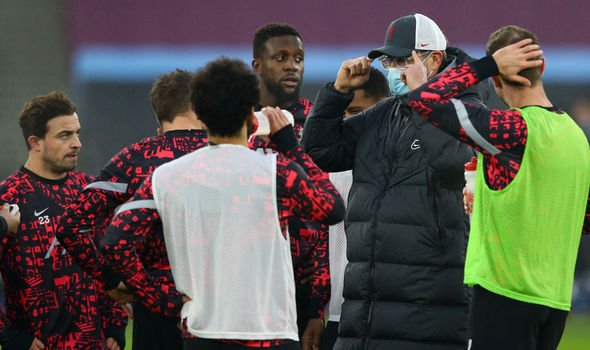 With Henderson at centre-back and Fabinho out, Liverpool boss Klopp has little choice but to start Gini Wijnaldum and Thiago Alcantara again in midfield for a sixth straight game.

Wijnaldum has excelled in a deeper No 6 role in the past two matches and should be deployed there again with Thiago a little further ahead of him.

The first of two more difficult decisions comes with James Milner however.

He came off midway through the second half against West Ham with the manager admitting he is “constantly concerned about injuries” and is eager to “save everybody”.

Klopp revealed that Milner had a stiff hamstring and so it is likely he will be taken out of the starting line-up here with Jones, who impressed when replacing the 35-year-old vice-captain, likely to get a starting berth.

Given Brighton’s possession-based approach, a midfield three of Wijnaldum, Thiago and newly-turned 20-year-old Jones gives Liverpool sufficient ability to keep the ball themselves and look to play through the visiting south coast side.

Klopp’s toughest call comes in the final third, where Sadio Mane is once again set to miss out after the manager’s pre-match press conference injury update, in which he said: “It’s as it was [with injuries].”

Divock Origi has failed to impress of late while Xherdan Shaqiri provided a sumptuous pass for Mohamed Salah’s second goal at West Ham.

It seems as though that would make Shaqiri the natural pick but he is more of a playmaker than a player to run in behind and stretch the Brighton back-line. 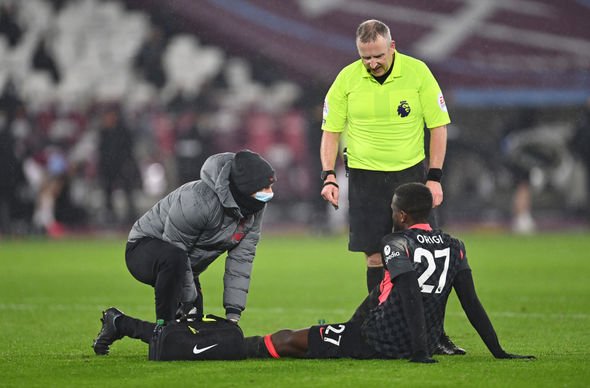 Given Roberto Firmino should return after a tidy cameo off the bench at the weekend and Thiago and Jones are also similar playmaking players to Shaqiri, Klopp may change it up.

Shaqiri has not started a match out wide this season when Firmino has also started, instead starting in midfield, and so he could drop to the bench in favour of Origi, even though he hasn’t shown great off the ball movement this term either.

Klopp has however admitted he selected Origi at West Ham due to their set-piece threat and Brighton’s aerial presence in the likes of Ben White, Lewis Dunk and Adam Webster may see him keep his spot, despite suffering a knock on Sunday before going off.

Salah undoubtedly retains his starting role to the right of Firmino after his game-changing two-goal salvo in the second half at the London Stadium.

With Takumi Minamino loaned out to Southampton, Alex Oxlade-Chamberlain will hope to get minutes off the bench and is an option to replace Origi on the left if he does not take his chance. If Origi doesn’t start due to injury, Oxlade-Chamberlain should feature from the off.