Liverpool will look to sign an understudy for Trent Alexander-Arnold this summer, it has been reported, as the club looks to embark further on a period of domination of the English game.

It is believed Aberdeen right-back Calvin Ramsay is the player the club are targeting.

The Sun reported that Ramsay is rated extremely highly by influential figures at Anfield and the club hope to bring the young talent south of the border to provide back up to Alexander-Arnold. 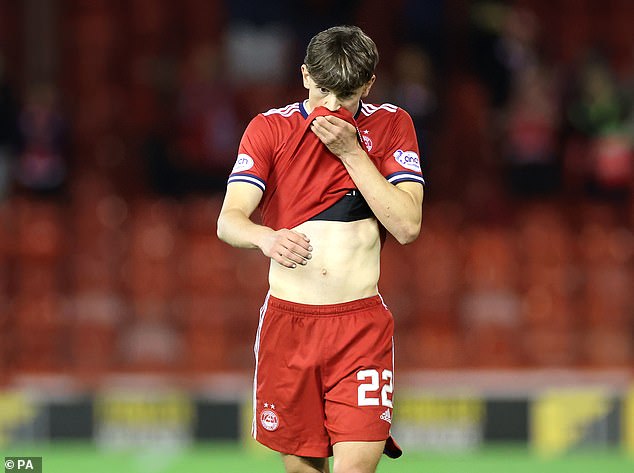 Ramsay, 18, rose through the youth ranks at Aberdeen and is now a regular starter having thoroughly impressed in his short career.

With clubs such as Liverpool already circulating for a player who has only made 26 appearances for Aberdeen it suggests what kind of talent the Scottish club believe they have on their hands.

The player, who has been asked in recent weeks about the interest his stellar performances is attracting, has spoken of the need for him to keep his feet on the ground and continue learning and striving to be the best professional he can be.

He said: ‘It’s all been good because growing up it’s all you want to do — play first-team football, then hopefully get a big move one day in the future.

‘It’s all about learning and you’ve got to keep calm. You can’t let it get to your head. If you do you can end up thinking you’re better than you are and not playing how you can.

‘At one stage it seemed like there was something on Twitter or in the papers almost every day. I tried not to get caught up in it because that’s the worst thing you can do.’

‘It’s good hearing all that stuff, but I’ve just got to produce on the pitch, then everything else will play itself out. At the start of the season I felt I was doing really well, then I got my injury and came back,’ he added.

‘I’ve done alright, but not what I was at the start of the season. On deadline day I was up in Dingwall because I had a game the next day against Ross County, so that was what I was focusing on. 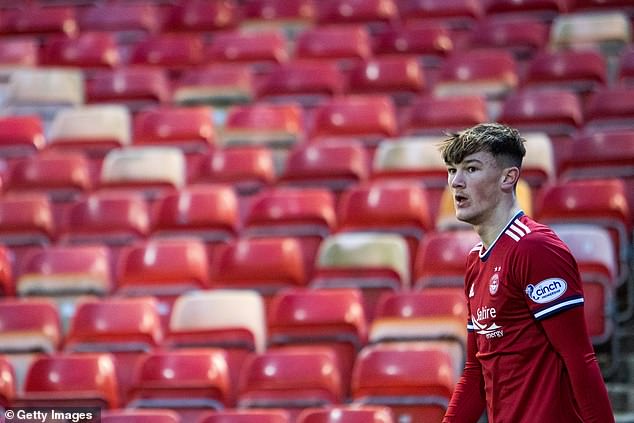 ‘I’m young and it’s my first full season, so I’m trying to build on that and get more confidence.’

Meanwhile, LIverpool’s pursuit of the quadruple continued apace on Saturday after they swept aside title rivals Manchester City with a stunning first half display.

Goals from Ibrahima Konate and Sadio Mane ensured Liverpool will meet either Crystal Palace or Chelsea in the final of football’s oldest cup competition.