Liverpool striker Roberto Firmino would have “accepted” Jurgen Klopp’s decision to drop him for Diogo Jota against Atalanta, according to Danny Murphy. Firmino has been a mainstay in Liverpool’s starting line up over the past few years.

While not renowned for his goalscoring exploits like Mohamed Salah and Sadio Mane, the Brazilian is seen as the glue that holds the frontline together.

That’s not to say Firmino hasn’t played his part in front of goal as he’s scored five in 10 league appearances against Manchester City.

But his strike rate has dried up so far this season while summer signing Jota has hit the ground running.

He came off the bench last weekend to score the winner against West Ham and Klopp rewarded the Portuguese by bringing him in to start ahead of Firmino against Atalanta. 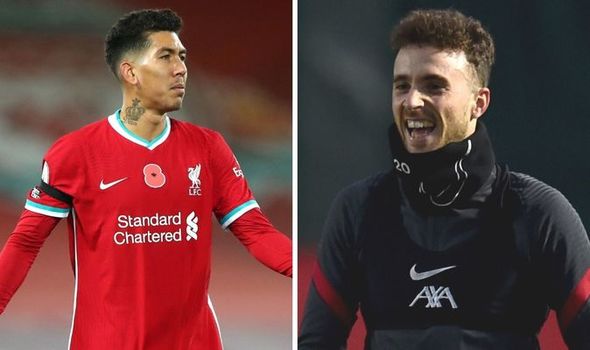 And Jota repaid his manager’s faith with an excellent hat-trick, sparking further debate on who Klopp will go with against City.

Murphy believes the Liverpool boss will ultimately revert back to his tried-and-trusted front three, but he doesn’t believe Firmino will feel frustrated that his position is under threat by Jota.

“We are nowhere near a situation where Roberto Firmino should be dropped for Liverpool’s biggest games, even though he has scored only three goals in 30 games,” he wrote for the Daily Mail.

“No doubt, that’s a disappointing record but it’s not as important when the team is winning.

“Despite the Brazilian netting just 12 times last season, the bigger picture for Jurgen Klopp is that he contributed hugely to Liverpool winning the championship. They were also top of the table going into this weekend’s fixtures with Firmino working and creating rather than scoring.

“I can see why new signing Diogo Jota is receiving praise after his midweek Champions League hat-trick but I’d be mightily surprised if the manager has seriously considered splitting his trusted big three of Mo Salah, Firmino and Sadio Mane at Manchester City.

“It’s not a misjudged sense of loyalty on Klopp’s part. Firmino just fits this Liverpool team, his link play is excellent and it allows Salah and Mane to be at their best in their preferred positions.

“Liverpool won’t dominate possession against City so when they have the ball, they need someone they can rely on to hold it and build play. That‘s Firmino. 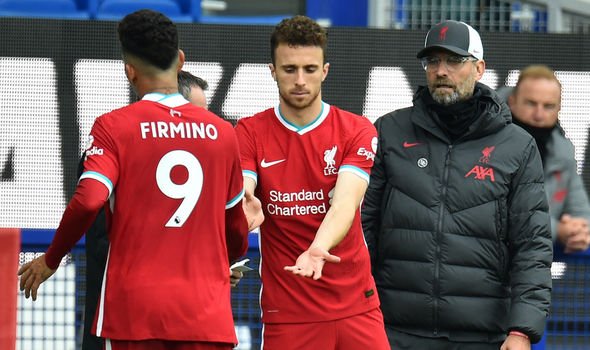 “He also understands the attacking movement and rotation that is such a potent weapon for Liverpool. If he sees Mane go past him making a run to the right, Firmino has the intelligence to fill the hole.

“His willingness and ability to press at the right time is also crucial. Yes, he needs to score more. He got 28 in 2017-18 so we know he’s capable. He has to rediscover that habit again of making those sprints into the box rather than depending on others for goals.

“Klopp will still be delighted to have Jota as an option for certain games. Players at big clubs who are left out or rested, as Firmino was at Atalanta, tend to accept it better when they respect the quality of the guy who’s taken their place.

“This season is going to be uniquely intense and Klopp will use a series of combinations. But for key matches like Manchester City away, balance is all-important and that’s what Firmino provides.”