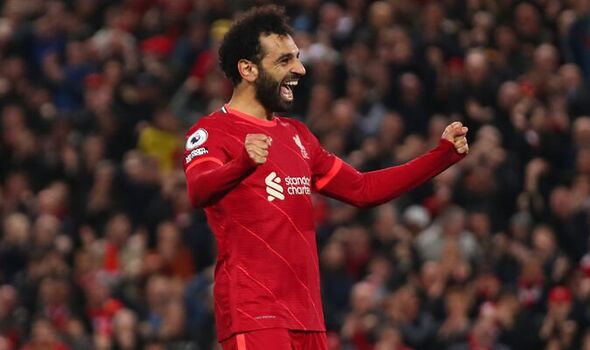 Liverpool star Mohamed Salah has clarified comments he appeared to make about Manchester United’s players following the Reds’ 4-0 hammering of their rivals on Tuesday night. Salah scored a brace in the Premier League fixture which saw Jurgen Klopp’s side go top of the division.

The Egyptian had not scored from open play in 12 appearances for club and country before United travelled to Anfield, but two wonderfully taken goals ended his longest drought in a Liverpool shirt. He collected Sadio Mane’s excellent pass to slot past David De Gea for his first, and then clipped an effort over the Spaniard to complete the scoring late in the second half.

Salah was interviewed by broadcasters after the game and appeared to criticise United’s players for ‘making it easy’ for Liverpool. United’s performance was widely condemned, including by former captain Gary Neville who was on commentary duty for Sky Sports.

But Salah’s post-match comments generated plenty of discussion. Salah was asked why Liverpool had dominated the rivalry between the two clubs this season, winning 5-0 at Old Trafford and 4-0 at Anfield.

“They make our life easier in the midfield and at the back” the 29-year-old responded. It initially appeared to be a criticism of the space the Red Devils allowed Liverpool in both fixtures.

However, the forward, who now has 22 top-flight goals this season, has quashed claims that he was aiming a dig at Ralf Rangnick’s side. He tweeted on Wednesday afternoon: “I meant our defence and midfield make it easy for us (attackers). I was not talking about the Manchester United players whom I respect.”