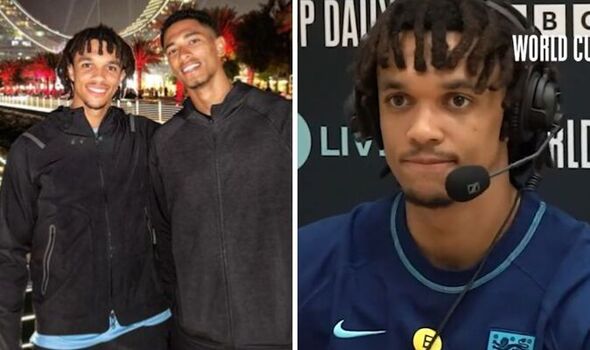 Trent Alexander-Arnold has laughed off the ‘Agent Trent’ title he’s been given by some Liverpool supporters, who believe his latest picture with Jude Bellingham is the latest sign the Reds will be bringing the Borussia Dortmund midfielder to Anfield in the near future. Bellingham is Liverpool’s top target heading into next year and speculation over a move has been ongoing for several years now.

Dortmund were unwilling to listen to offers this past summer having just sold Erling Haaland, but it’s expected that they’ll be open to bids at the end of the season. Liverpool aren’t alone in wanting to sign the England sensation, with Real Madrid, Chelsea and Manchester United all being tipped to make a move.

But there’s been subtle hints over the past few months pointing towards an Anfield switch that Liverpool fans have grabbed on to at every opportunity. Jordan Henderson’s budding friendship with Bellingham has led to many Liverpool supporters holding the belief the Reds captain is acting as an agent for his club.

Alexander-Arnold told BBC Radio 5Live: “I’m just going out with my mate, aren’t I? Everyone [is] saying ‘Agent Trent’, but no.”

He added: “We went out, a few of us yesterday, we were given the day off so had a decent day out.” Alexander-Arnold was then directly asked whether it was a deliberate hint at the pair teaming up at Liverpool, to which he replied: “No, of course not.

“We just decided to get a pic, you know. World Cups are a once in a lifetime really, or at least a couple times in a lifetime. Not many people can say they have been to them. So it’s good to get some pictures on board and stuff like that. So that’s what we tried to do.”

Dortmund’s managing director Carsten Cramer even fed into the possibility of Bellingham joining Liverpool as he called the Merseyside outfit his ‘preferred club’ if the midfielder was to move. “We both care about Dortmund, we have a high sympathy for Liverpool to be sure,” he told Vietnam News.

“We are still in a good relationship with Jurgen and many others at Liverpool so for me, it is my preferred club in the EPL as well but don’t expect that we will make gifts to Liverpool. He has a contract I’m a salesperson regarding commercial business but not the player’s business.

“We are all happy to have him on board and the longer Jude is willing to play for us the better it will be.”