Liverpool reportedly have no plans to strengthen their midfield this summer by signing Sporting Lisbon’s Matheus Nunes. The Reds have made three signings so far in the transfer window and it seems they are happy to call it quits, rather than search for further additions.

Jurgen Klopp’s side got their business done early, with Darwin Nunez, Fabio Carvalho and Calvin Ramsay all brought in on permanent transfers. The club have been linked with several midfielders this summer, from Borussia Dortmund’s Jude Bellingham to Aurelien Tchouameni, who eventually left Monaco for Real Madrid.

The latest rumour came courtesy of Portuguese newspaper Correio da Manha, who reported that Liverpool were set to begin formal negotiations with Sporting for Nunes. Sporting were reportedly ready to hold out for £45million for the 23-year-old, who has won eight caps for Portugal. With their midfielders ageing, Liverpool will need to sign a midfielder soon, but it won’t be Nunes.

According to The Athletic, who cite sources on Merseyside, the report is ‘nonsense’ because Liverpool have no plans to strengthen midfield in the remainder of the transfer window. Klopp is happy with the options he currently has at his disposal.

JUST IN: Arsenal and Newcastle miss out on another forward target 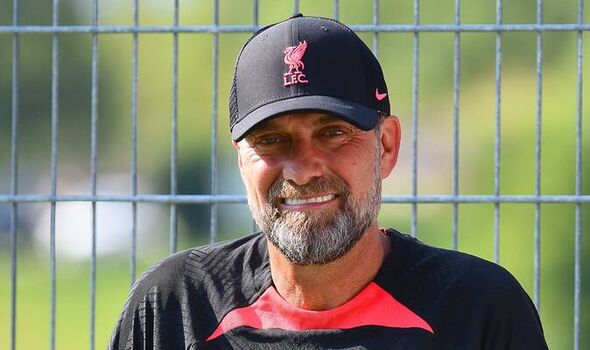 Liverpool have Jordan Henderson, Fabinho, James Milner, Thiago Alcantara, Naby Keita, Alex Oxlade-Chamberlain, Curtis Jones, Harvey Elliot and Carvalho on the books to play in central midfield. But, despite their wealth of options, evolution will be needed in the coming years.

Henderson and Thiago are both in their 30s, Milner is 36 and Keita and Oxlade-Chamberlain are in the final years of their current contracts. Klopp has grown frustrated with the rumours surrounding his club’s plans in the transfer market. 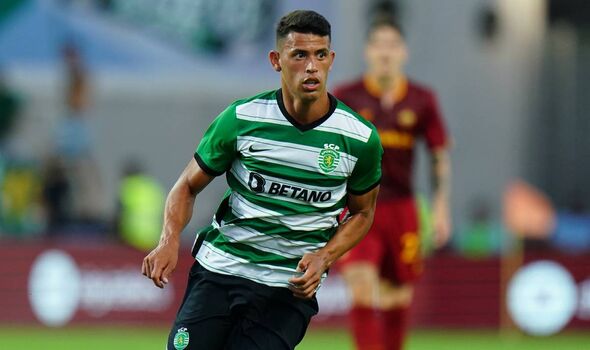 “No, I can say that,” Klopp said recently when asked if they had plans to buy midfielders. “I don’t think something will happen in midfield, but you never know. If somebody comes to you and says ‘I want to go…’ Nobody came to me yet, but if that happens then we have to talk [about] new [players]. But if the situation stays like it is, then tell me why?

“I don’t understand. I do not understand. People told me about this discussion, but the last thing that would have crossed my mind is that we have to [sign a midfielder].”