Liverpool legend Jamie Carragher believes Sheffield United boss Chris Wilder should win the Manager of the Year award, not Jurgen Klopp. Wilder has exceeded all expectations at Sheffield United this season following the club’s promotion from the Championship. The Blades sat seventh in the Premier League table when football was suspended due to the coronavirus pandemic in March.

The Bramall Lane club had a game in hand on the teams around them and a victory in that match would take them above Manchester United in fifth.

Fifth could be enough to earn a Champions League spot, pending Manchester City’s appeal against their two-year ban from UEFA for breaching Financial Fair Play regulations.

Klopp, meanwhile, has led Liverpool to 25 points clear at the top of the table in the club’s hunt for their first ever Premier League title.

But Carragher believes Wilder’s achievements trump those of Klopp. 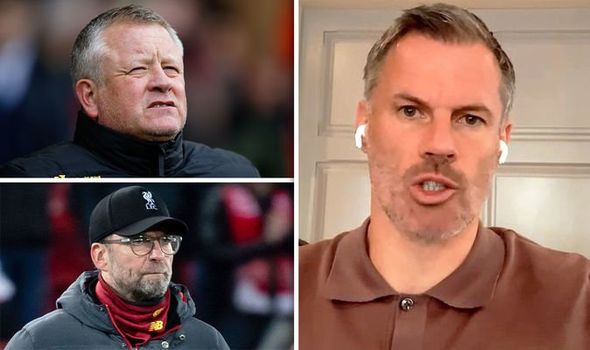 Carragher said on Sky Sports’ The Football Show: “I think Sheffield United have been the biggest success story in the Premier League this season and if the Premier League stops now or it continues, I think if Chris Wilder was given Manager of the Year I don’t think anyone will be able to complain too much.

“Oh without a doubt. You could look at obviously Jurgen Klopp, if he brings the title back to Liverpool that’s a big achievement.

“But is Liverpool winning the league, on the back of last season and coming so close and winning the Champions League, as big as an achievement as Sheffield United coming into the Premier League, expecting maybe a relegation fight, and very close to Champions League positions if the season played out?

“I think they’ve actually got a game in hand on Manchester United and if they won that they’d maybe go above United, who knows what will happen with City next year. 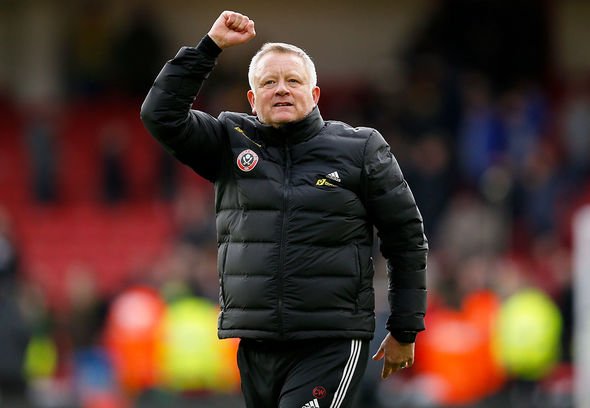 “So this is a team who are fighting for Champions League positions, haven’t spent too much, even compared to the other promoted teams really.

“So I actually think Chris Wilder possibly should be Manager of the Year if the season finished now or certainly if they went one better now really, maybe overtook Man United with that game in hand and finish the season strongly.

“As I said it’s a story that we don’t see as often as we did before.

“Yes we had Leicester a few years [ago] which is a story I don’t think will ever be matched or beaten, but in terms of promoted teams coming up and challenging for Champions League positions, I think it’s an unbelievable job Chris Wilder’s done.”