Liverpool’s performance against Manchester City on Thursday night was disappointing but not embarrassing, because City made it difficult for the newly-crowned champions throughout. That’s the opinion of Reds hero Robbie Fowler, who believes Liverpool’s display was understandable considering the fact they only recently won the Premier League title.

Liverpool’s coronation as champions of England went down with a thud at the Etihad.

Jurgen Klopp named his strongest team just a week after winning the title, clearly intent on going after City’s points record of 100.

After a decent start to the game, Klopp’s side found themselves 1-0 down after Joe Gomez pulled Raheem Sterling to the ground in the area, with Kevin de Bruyne slotting away the resulting penalty.

City then doubled their lead ten minutes later, as Sterling was afforded space in the box to cut past Gomez and fire through his legs into the bottom corner of the net. 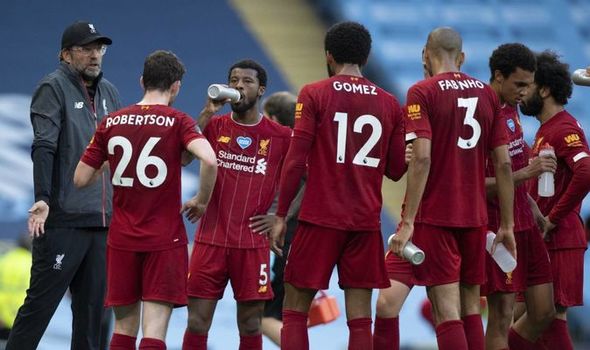 Phil Foden then made it three on the brink of half-time with a superbly-taken goal, playing a one-two with De Bruyne before firing high into the net first time.

Sterling thought he had got City’s fourth after firing past Alisson, but the final touch game from Alex Oxlade-Chamberlain.

Liverpool’s defence was questioned after the game, with the usual back four putting in a questionable performance. They looked blunt going forward, too, mustering up just three shots on target throughout.

But Fowler downplayed criticism of the performance, saying Liverpool’s achievements this season make up for it.

“I know Raheem [Sterling] said he thought City started well, but I thought Liverpool started the first 20-25 minutes as good as any on the day. 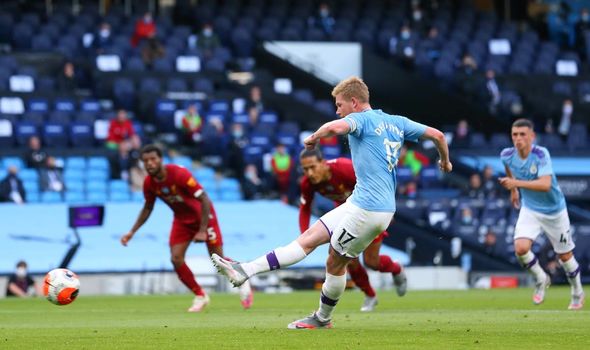 “It was a disappointing night for Liverpool, but City for 65 minutes were brilliant, every time they went forward they looked like they could carve Liverpool open.

“Defensively, Liverpool weren’t at it. This is a team that had conceded 21 goals prior to tonight.

“Every time they looked vulnerable every time City would come at them, and that’s down to the class City have got.

“It was understanding considering where Liverpool are and what they’ve achieved so far.”