Just when Liverpool looked as though they had rediscovered their best form, they stuttered again at home to Brighton on Wednesday night. Much improved at Tottenham and West Ham, at least in the second half against the Hammers, the Reds were dire in defeat to Brighton. For the first time since September 2012, they have lost back-to-back home games in the league, both by 1-0 scorelines. That comes after a 68-game unbeaten run on home soil.

Earlier in the evening, Manchester City’s relentless winning run stretched to 13 with their Turf Moor victory over Burnley, moving them seven clear of the Merseyside outfit with a game in hand.

Liverpool were looking to close that gap to four points with the view to trimming it further if they found a way to clinch victory over City on Sunday at Anfield, where the Citizens are winless since 2003.

That match is now unquestionably a must-win one after yet another setback for Jurgen Klopp’s side. Defeat would almost certainly end Liverpool’s prospects of back-to-back title triumphs, which already hang by a thin thread.

It would leave them 10 points behind City having played one match more, and City’s current form looks unforgiving. In a season where teams are slipping up here, there and everywhere, they look near unbeatable at their current pace. 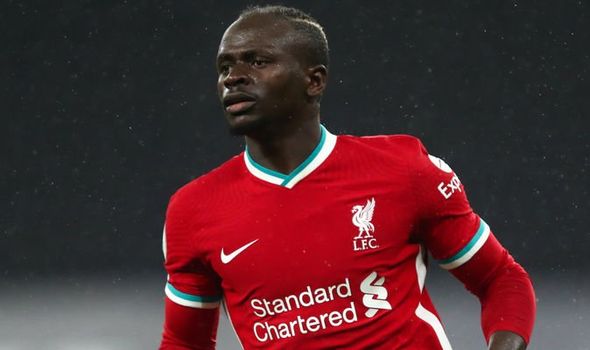 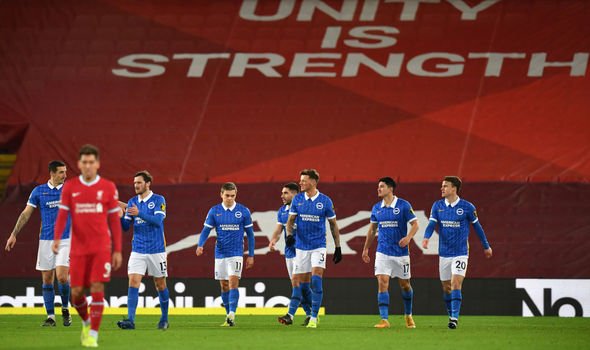 Pep Guardiola’s side look as fearsome as they did in their two most recent title-winning campaigns and even before defeat to Brighton, Liverpool knew there was not much margin for error.

But Liverpool head into that match with a significant problem if Sadio Mane does not return to full fitness in time to face the table-toppers, who have conceded just 13 goals in 21 league games this term and only once in their last nine, in a 3-1 win at Chelsea.

And that is because as the first half at West Ham and now the defeat to Brighton showed, Liverpool do not carry the same threat in the final third when Mane is not on the left wing.

Though they eventually got through West Ham, producing a brilliant counter-attacking goal for their second of three strikes, the hosts were surprisingly obedient at the London Stadium and played within themselves. They looked as though they did not believe they could win the game.

Against a braver, more confident Brighton team, who learned lessons from Burnley’s win over Liverpool 10 days earlier, the home side were predictable and passive and never looked as though they were going to find a way to break through the visitors. It is not the first time they have struggled against a team to adopt such a blueprint. 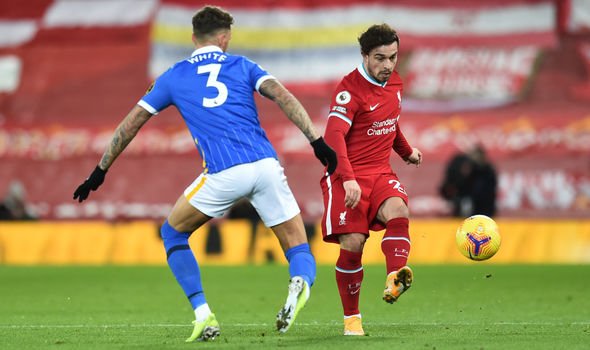 Brighton’s goal through Steven Alzate on 56 minutes was the first shot on target from either team. Liverpool had rarely looked like scoring before then, their best chance coming inside two minutes when Mohamed Salah fired over.

Though they had nearly double the amount of passes over the away team, and enjoyed over 60 per cent possession, Liverpool lacked penetration and were too one-paced. It was Brighton who looked more likely to score the game’s second goal, if there was going to be one.

Without Mane on the pitch, Roberto Firmino and Shaqiri do not stretch defences by running in behind, instead dropping deeper and looking to find their team-mates. That leaves Salah as the only real threat to defences.

Liverpool desperately missed Mane’s directness against Brighton and this was his second straight absence after missing out at West Ham.

There have been few details about the Senegalese’s condition but how desperate Klopp must now be for the 28-year-old to be passed fit for the weekend.

It is true that the game may be more open given the gung-ho nature of recent meetings between the two rivals – but City’s brilliance defensively does not bode well for Liverpool.

Shaqiri is not a suitable replacement out wide and is best utilised as a central attacking midfielder at the tip of a midfield diamond or as the No 10 in a 4-2-3-1. 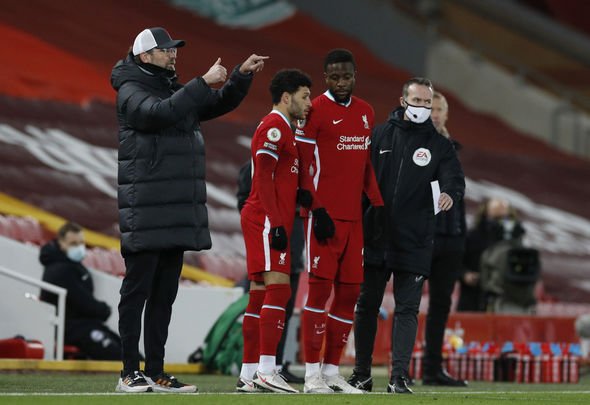 On the flanks, the Swiss just does not offer the movement needed off the ball or the ability to drive at defenders, often prefer to cut inside and find a pass, while his replacement Origi has also been lacklustre this season.

The Belgian missed a gilt-edged goalscoring opportunity in the home defeat at Burnley and was similarly flat, despite some moments, in his 80-minute outing at West Ham. He did very little off the bench again here.

If Mane is out and with Takumi Minamino on loan at Southampton, Liverpool’s only other option out wide – unless they change formation, which is also unlikely – against City is Oxlade-Chamberlain.

He has netted a few memorable long-range goals for Liverpool against Guardiola’s men but like Shaqiri, the midfielder is best suited to playing centrally. His best performances for Liverpool have come there, where he can burst through the lines and pose a threat from distance.

And so Klopp must decide what he does on the left if Liverpool are without Mane at the weekend. The solution in his absence is far from clear.

The fact City are so stubborn defensively means Klopp needs a trick up his sleeve or for Origi or Shaqiri to massively up their game. Otherwise Liverpool can well and truly kiss their title hopes goodbye.