Liverpool boss Jurgen Klopp reportedly wants to meet with Timo Werner in a bid to persuade him that Anfield is the perfect next step in his career. The German already has the edge on other potential suitors when it comes to landing his compatriot, with the striker openly declaring his interest in a move to Merseyside in recent months.

The club’s strong interest in Werner is no secret but now Liverpool are beginning to up the ante as they look to improve their squad ahead of next season, as the clock ticks on his £50million release clause.

Klopp wants to bolster his attacking options as Liverpool look to establish domestic dominance in England and Werner seems the perfect player to elevate their frontline to yet another level.

He has pace to burn, can play off the last man or from the left of a front three and crucially is clinical in front of goal.

It’s a match made in heaven for Klopp and according to Bild, the former Borussia Dortmund boss is planning face-to-face talks with Werner to discuss the deal. 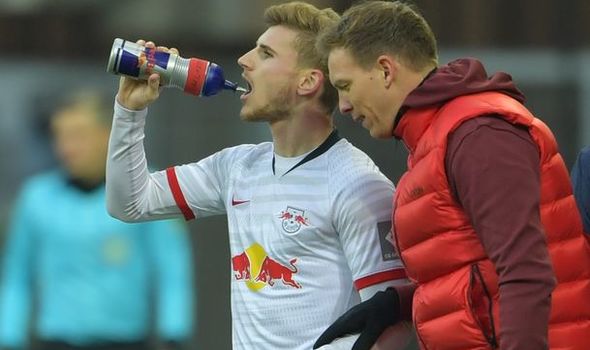 Yet Liverpool have been here before and they need to tread very carefully.

In the summer of 2017 Virgil van Dijk flew up to Blackpool to sit down with Klopp, where the Dutchman became invested in the idea of moving to Liverpool.

But news of the meeting filtered through to the Southampton hierarchy, who were left so seething they filed a complaint to the Premier League.

Liverpool narrowly escaped punishment for allegedly tapping up Van Dijk and were forced to issue an embarrassing apology, claiming they’d ended their interest in the centre-back.

Luckily for Klopp, he was given the all clear to make amends the following January when he completed a £75million deal for Van Dijk.

RB Leipzig have made their stance on selling Werner clear and are seemingly confident he will stay with the Bundesliga outfit despite the £50m release clause in his contract, which expires on June 15.

The clubs model has always been to develop young players and sell them on for high profits, yet now they’re Champions League quarter-finalists, they will back themselves to keep their best players and challenge Bayern Munich and Borussia Dortmund for the title.

Leipzig will surely grovel at the idea of Werner meeting with Klopp, despite his continuous flirtation with Liverpool. 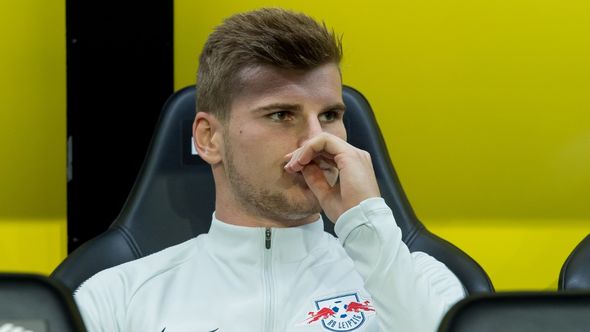 Yet Julian Nagelsmann will not have a leg to stand on when it comes to claiming any wrongdoing.

That’s because the 32-year-old met with Erling Braut Haaland last December in a bid to convince the teenager to move to the Red Bull Arena.

Albeit, Leipzig have a prosperous relationship with their sister club RB Salzburg, who had conceded Haaland was off in January. They wanted him to seal the best possible move for his career.

“I tried to explain to him in good English what my idea of football is. I think it went quite well,” Nagelsmann told Kicker.

“You can say relatively little after such conversations, because they are usually very one-sided. You say a lot as a coach while the agent and the player mostly listen.”

Haaland had also been given permission to visit Borussia Dortmund’s facilities while he also sat down with his former Molde coach Ole Gunnar Solskjaer about the prospect of moving to Manchester United.

He eventually chose Dortmund after careful consideration, but Haaland very nearly became the heir to Werner’s throne at Leipzig.

There can be no sour grapes when it comes to losing their star man but given the respect between Liverpool and Leipzig following the completion of a deal for Naby Keita in 2017, you would expect them to comply accordingly and grant Werner’s wish.