Antoine Griezmann has sparked excitement amongst Liverpool fans by commenting on Roberto Firmino’s exercise video on Instagram. The Frenchman remains one of the world’s finest forwards and his activity led many to cheekily request he moves to Merseyside.

The Liverpool squad have been working hard at home to stay in shape, following a schedule provided by the club’s fitness staff.

The Premier League leaders are eagerly awaiting the chance to return to action, with just two more wins required to secure the title.

Jurgen Klopp’s squad have all been hitting the treadmill in a bit to maintain fitness and Firmino shared an impressive lung-busting sprint on his Instagram.

It was a clip that impressed many of his fans, including World Cup winner Griezmann. 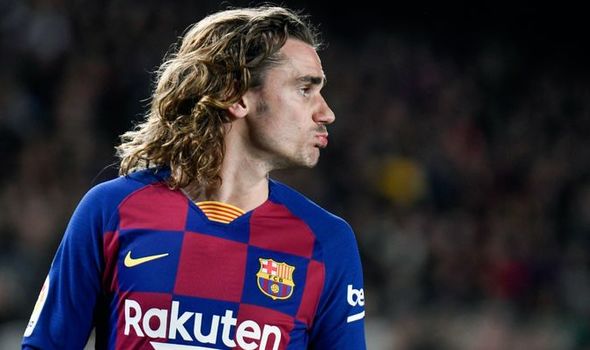 He commented ‘wow’ in Portuguese, revealing his admiration for his fellow forward.

The gesture impressed many eagle-eyed Liverpool fans, who then jumped at the chance to fantasise over Griezmann moving to Liverpool.

“Come to Liverpool,” one supporter said.

“Get to Liverpool” another wrote.

“Griezmann is a Red,” said a third.

While a fourth wrote: “He prefers Liverpool.”

Another Kopite had a clear message for the Barcelona man: “Don’t waste your time. Come to Liverpool – fight with us mate.”

Speaking last summer, Griezmann admitted that Liverpool were a team that he admires.

“In terms of teams I admire Liverpool because of the fans,” he said.

“Hopefully one day they will win the league again.”

His wish may be granted in the next few months, should the Premier League find a safe way to conclude the season.

Klopp has been checking up on his players via WhatsApp and he has admitted the club are using a big group chat to help keep each other sane and motivated.

“We spoke a couple of times [with the players], we have a really intense, big, big group chat – the whole of Melwood are in that,” Klopp told Liverpool’s official website.

“The mood is good. As I said, it is a challenge for all of the people as we know [and] we know that our life is still good.”