Adama Traore is reportedly closing in on a new contract at Wolves but that may not necessarily put Liverpool off making a move. Traore enjoyed a stellar campaign for Wolves last year which attracted the attention of some of the Europe’s biggest teams.

Liverpool were strongly linked with a move, along with the likes of Manchester City and Barcelona.

And Jurgen Klopp spoke highly of the speedy winger when Traore gave Liverpool a torrid time in January last year.

“He is unplayable in moments, it’s unbelievable,” Klopp said at the time.

JUST IN: Liverpool boss Jurgen Klopp told he already has his ‘own Tony Adams’ 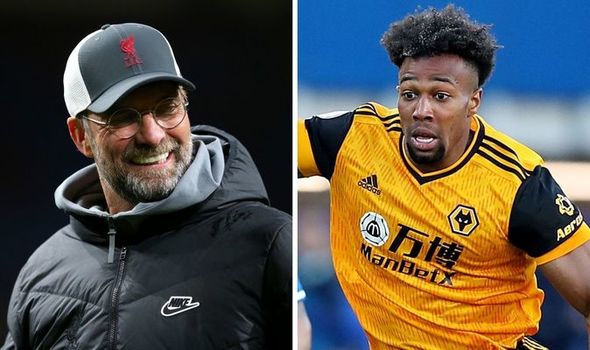 Reports continued to link Traore with a move to Anfield leading up to the summer transfer window, but Wolves made it clear they were not willing to sell.

The Spaniard was reportedly valued at £75million, and that seemingly put clubs off of making an offer.

Traore hasn’t been able to replicate the kind of form he enjoyed last season this time around with just two goals and three assists in the Premier League.

But Wolves are apparently still wary of clubs showing an interest this summer and want to tie him down to a new deal.

Goal report that talks are already taking place between the club and Traore’s representatives and both parties are said to be ‘keen’.

The new contract wouldn’t include a formal release clause, but it’s suggested that there is an understanding that Wolves wouldn’t stand in Traore’s way should a big club come calling.

It is said there will be a ‘gentleman’s agreement’ should a club such as Liverpool revive their interest and make a bid.

Talks had originally been planned to take place earlier this season but Traore wasn’t happy that he had dropped out of the side. 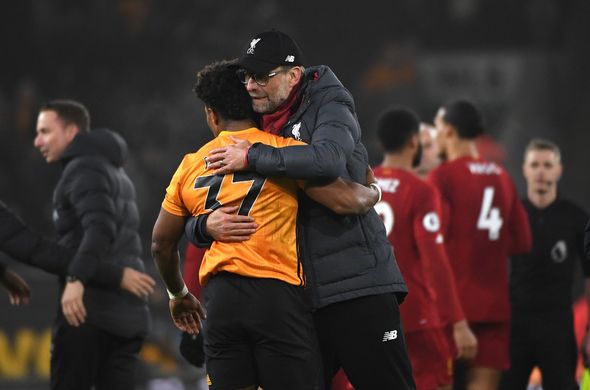 The 25-year-old has since earned his place back in Wolves’ regular starting line-up and he appears happy to commit his future to the club.

However, Liverpool may also have the option to test Wolves’ resolve should they show an interest.

The Reds are expected to bolster their options up front to provide more options to Klopp.

Diogo Jota has proven to be a good addition with the Portugal international scoring 13 goals in all competitions.