Liverpool star Diogo Jota was the main man yet again for the Reds after scoring a Champions League hat-trick against Atlanta in a 5-0 win. The former Wolves man has already scored more goals for the Reds than Roberto Firmino has the entire calendar year. Eyebrows were raised when he signed in the summer but his doubters have been silenced, insists Peter Crouch.

Liverpool ran out 5-0 winners over Atalanta in Italy after a thumping display brimming with attacking flair and talent.

It puts the Reds in a commanding position in their Champions League group, after already beating the likes of Ajax and FC Midtjylland.

And Jurgen Klopp can largely give thanks to Diogo Jota – who started in place of Roberto Firmino, who has been showing a slight in form.

But the Brazilian will be sweating over his position now after the 23-year-old put in an astonishing performance that saw him walk away with the match ball. 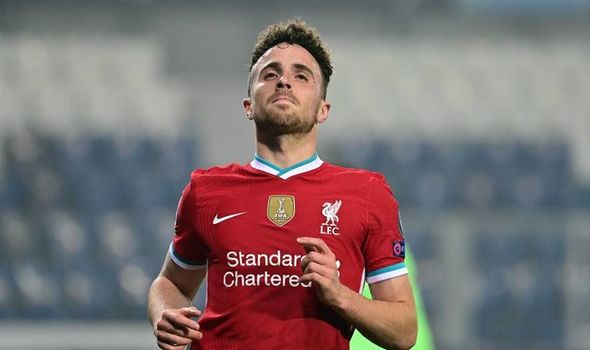 It means after 10 matches, he has already scored seven times – many games which he was not even a starter in.

No-one has netted that many after so many matches since Robbie Fowler in 1993, who got 10.

It is a remarkable start to his Anfield career despite the Portugal international initially being lower on the shortlist, with RB Leipzig star Timo Werner their preferred choice.

The German went to Chelsea instead and it could be a blessing in disguise after Jota’s fine work so far.

Speaking to BT Sport, Peter Crouch was full of praise for his former side and their ability to unearth diamonds and turn them into world-class stars.

“He looks like he gets on well with the other two players in there, Firmino as well when he came on. 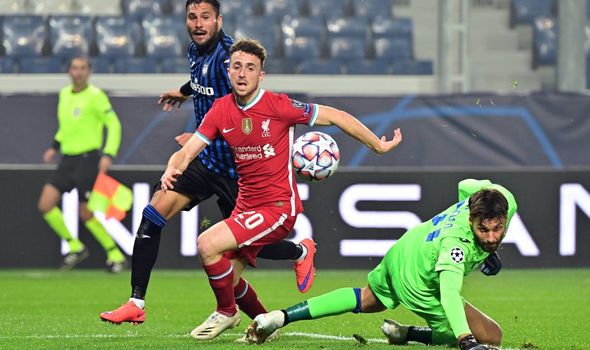 “You just have to tip your hat off to the recruitment team because would you say there were many people who were after Jota?

“I wouldn’t say there were people clambering for him.”

Rio Ferdinand chipped in, saying: “I was surprised when his name popped up.”

Crouch continued: “I think if you go through it, Salah was at Roma, Chelsea.

“Alisson, there wasn’t loads after him. Robertson was €7million from Hull. Wijnaldum, Newcastle. Mane even.

“People said he was overpaid so I think Michael Edwards and all the recruitment team deserve a lot of credit.”

Ferdinand added: “Jota was at Wolves last season, do they play as quick and as aggressive in the way they do at Liverpool.

“And in that I mean in tight spaces, in training especially is where you build your confidence, the balls are coming in at a different pace.

“Different angles, bringing it down, one touch – everything is quicker. Sometimes, even at United when we were flying, you would get players who would come in and think it’s taken them six months to get up to speed.

“Now today I don’t know if players can afford six months. Because by the time six months comes they’ve bought someone else in. It can be difficult. You’ve got to have the quality to raise the bar.”