Liverpool can’t be handed their first Premier League title despite the season being suspended due to the coronavirus outbreak, former Manchester United star Peter Schmeichel claims. The Reds boast a 25 point lead at the top of the table ahead of champions Manchester City.

Premier League football has been suspended until April 30 at the very earliest due to the coronavirus pandemic.

Football will not return until it’s safe to do so, with doubts remaining whether the campaign will return.

Should the season fail to end and it’s declared null and void, Liverpool would miss out on their first Premier League title despite their lead.

And United hero Schmeichel says Liverpool cannot be handed the title, they must win it after completing the whole season.

Schmeichel said: “You can’t dispute that. What are they, 25 points ahead? 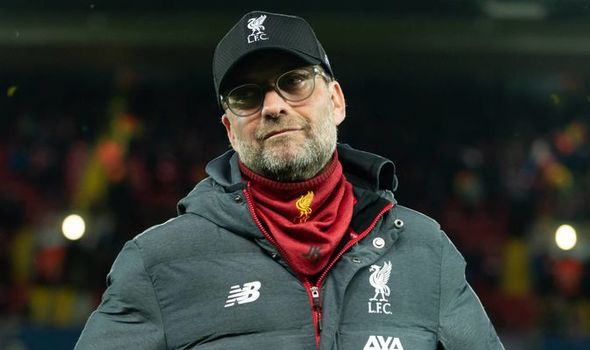 “So really, really sad for them, but you have to finish it.

“You have to win it, in order to say that you won it.

“If you’re Liverpool, would you have it handed to you?

“In Belgium, they gave it to Club Brugge. Is that really how we want to win a championship?

“I’m not sure, if I was Liverpool, that I would have it handed to me, even though I’m 25 points ahead.

“One of the biggest results I ever took part in winning was the European Championships in 1992.

“I know this is not the same, but it’s along those lines.

“We weren’t even qualified, but we got in there because of the war in Yugoslavia and ended up winning it.

“It stands as one of the biggest results I’ve ever achieved. But we did play to win it.”

“The restart date is under constant review with all stakeholders, as the impact of the COVID-19 pandemic develops and we work together through this very challenging time.

“The Premier League is working closely with the whole of professional football in this country, as well as with the Government, public agencies and other relevant stakeholders to ensure the game achieves a collaborative solution.

“With this, there is a combined objective for all remaining domestic league and cup matches to be played, enabling us to maintain the integrity of each competition.

“However, any return to play will only be with the full support of the Government and when medical guidance allows.”