Liverpool are seriously considering making a formal move to sign Ismaila Sarr this summer, and are prioritising him over their other transfer target – Wolves winger Adama Traore. According to The Sun, Liverpool are contemplating forking out £40million for the Watford winger.

He played a starring role in Watford’s 3-0 win over Liverpool back in February, as he found the net twice and set up the third goal in Liverpool’s first league defeat of the season.

And he clearly made a good impression, as Liverpool have been watching him with a view to making a move.

JUST IN: How Man Utd will line up with Donny van de Beek as £40m transfer close 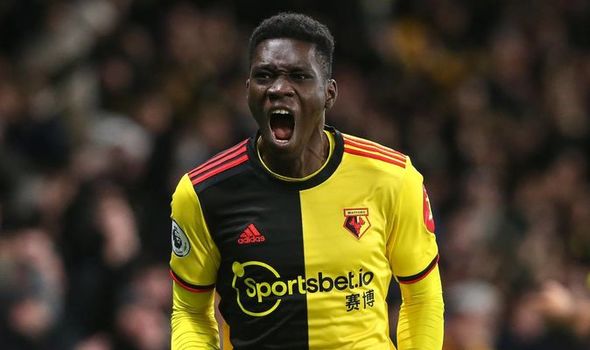 Sarr can play on either wing or through the middle as a striker, and it is that versatility that gives him the edge over Traore, who plays solely on the wing.

Liverpool are keen to reinforce their attacking options this summer, and want someone who can be a backup to any of their front three.

Having opted against triggering Timo Werner’s £53m release clause and seeing the German sign for Chelsea instead, they are keen to get someone in before the season starts.

The Sun’s report also hints they could be prepared to sell Rhian Brewster if they are able to conclude a deal.

The youngster spent last season on loan at Swansea City and gave a good account of himself, netting 11 goals in 22 Championship games.

But after returning to Liverpool, his options look bleak.

He plays in a central attack role, but doesn’t appear to be in any danger of unseating Roberto Firmino any time soon. 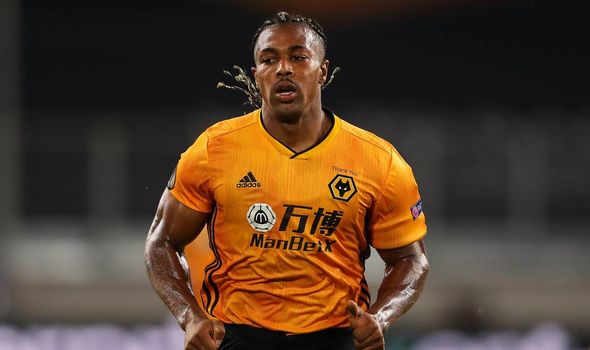 Brewster came on against Arsenal in the closing moments of Saturday’s Community Shield at Wembley, and had an appearance to forget.

With the score 1-1 at full-time, Brewster was handed the penultimate penalty, but he crashed his effort against the crossbar.

Liverpool’s starting XI for their Premier League opener against Leeds United will likely look slightly different than Saturday’s, as they are still trying to conclude a deal to sign Thiago Alcantara.

Bringing in the Spanish midfielder as well as Sarr could see them part ways with up to £70m.