Liverpool boss Jurgen Klopp needs to sort out Georginio Wijnaldum’s future while pursuing Thiago Alcantara. That is according to Reds legend John Aldridge, who has been impressed with Wijnaldum’s performances in midfield and considers him a vital part of the squad.

The Netherlands international has been linked with a move to Barcelona as new Blaugrana boss Ronald Koeman holds him in high regard.

The Merseysiders are reportedly focusing their attention on Bayern Munich star Thiago but Aldridge believes they should prioritise Wijnaldum’s contract.

The 29-year-old’s deal runs out in June 2021 and talks with Liverpool’s hierarchy over a new contract have stalled. 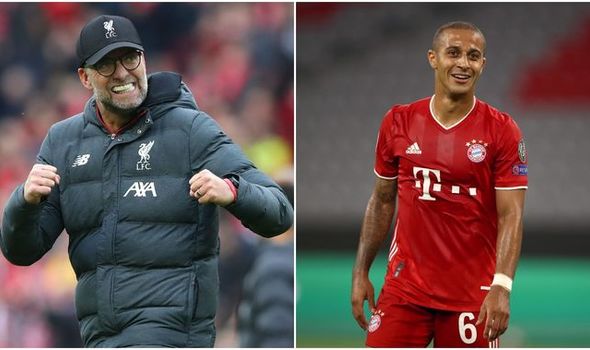 Aldridge told Sunday World: “You very rarely see him giving the ball away, but he did that a few times in the first half against Arsenal [in the Community Shield] and that may be because his future is up in the air.

“There has been a lot of talk that Thiago Alcantara will replace Wijnaldum in the Liverpool squad and there are rumours that he has been tapped up by Barcelona’s new manager Ronald Koeman.

“[Klopp] will want that situation resolved quickly because players who are uncertain over their future can be affected in matches and Liverpool can’t afford to allow that issue to become a big problem ahead of the transfer deadline on October 5th.” 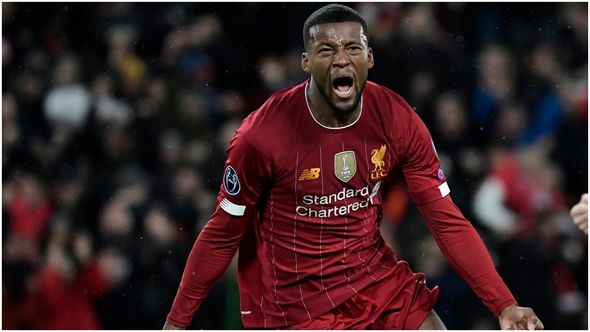 Wijnaldum joined Liverpool from Newcastle in 2016 and has since amassed a total of 187 appearances across all competitions.

The Dutchman played a major role in the Reds’ Premier League triumph this season as well as last year’s Champions League success.

When asked about his future recently, Wijnaldum responded with a short answer: “It’s a rumour, I have nothing to say about it.”

Liverpool have been quite inactive in this summer transfer window as they have only managed to sign Kostas Tsimikas from Olympiacos as Andy Robertson’s back-up.

Thiago appears to be Klopp’s top target at the moment following his stunning displays at Bayern in the Bundesliga and Champions League this season.

The Spain international has been the driving force in the Bavarians’ midfield ever since moving to Munich from Barcelona in 2013.

The 29-year-old has since recorded 232 appearances with the German giants across all competitions and won seven consecutive Bundesliga titles as well as this year’s Champions League trophy.

The summer transfer window slams shut on October 5, and Liverpool are now preparing for Saturday’s Premier League opener against Leeds at Anfield.