Liverpool boss Jurgen Klopp should be beaten to Premier League manager of the year by Sheffield United’s Chris Wilder, claims former Stoke defender Danny Higginbotham. Klopp is unsurprisingly the favourite to win the end-of-season gong when the 2019/20 campaign reaches a conclusion. His Liverpool side are 25 points clear at the top of the table in the search for their first top-flight title since 1990.

But Higginbotham instead thinks the award should be given to the manager of a club who have improved the most on the previous season.

Sheffield United have shocked many with their performances this term which sees them sit seventh in the table, just five points off Chelsea in fourth.

The Blades were promoted from the Championship last season and were many peoples favourites to face immediate relegation.

And that is why Higginbotham believes Wilder deserves the award more than Klopp.

JUST IN: How Man Utd could line up next season and beat Liverpool to Premier League title 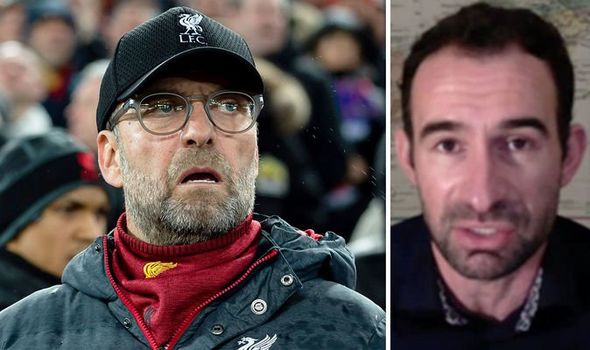 “I think Chris Wilder should be Premier League manager of the year,” Higginbotham told ESPN FC.

“[Liverpool] would have won the Premier League last season if Manchester City weren’t so great.

“What I do, I always look at comparisons to the previous season.

“If you look at comparisons to the previous season, you see just how well a manager has done.

“Yes, Jurgen Klopp has gone one step beyond in terms of winning the Premier League and winning it at a canter.

“But this is a Sheffield United team that has got promoted from the Championship, so many people said they were going to go straight down, he’s not changed their style of play, still have a possiblility of breaking into the top five, top four on a very small budget as well.

“Look at the performances he’s had against some unbelievable teams. 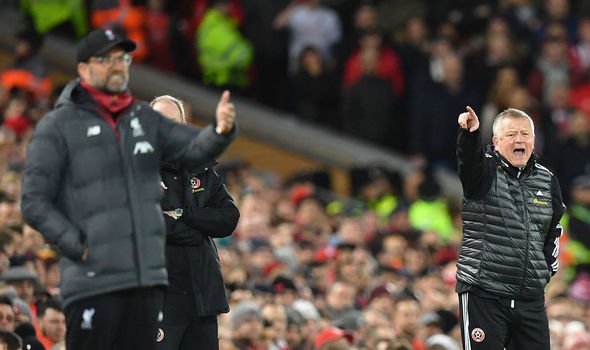 “So I compare it to last season and what Sheffield United did last season and yes they got promoted automatically from the Championship but to finish where they’re looking like they will finish, I don’t care whether Jurgen Klopp wins the Premier League by how many points it is.

“You have to give it to Chris Wilder just because of what he’s done. Sheffield United have been incredible.”

Higginbotham also believes Sheffield United would have been relegated this season if Klopp took charge of them at the beginning of the campaign.

“You can’t swap Chris Wilder and Jurgen Klopp and say ‘How would they do?’,” he added.

“I’ll tell you now, Jurgen Klopp would not have got Sheffield United where they are now, absolutely no chance whatsoever.

“I love Jurgen Klopp and I respect Liverpool. Yeah without doubt [Sheffield United would have got relegated under Klopp] because he would have changed the system.”