Jordan Henderson was reduced to tears after he was made to watch his manager Jurgen Klopp pay tribute to his captain in a special congratulatory message after he was named the FWA Footballer of the Year. The 30-year-old pipped Kevin De Bruyne and team-mates Virgil van Dijk and Sadio Mane to the illustrious annual award that was first handed to Stanley Matthews in 1948.

Henderson has been the heartbeat of this electric Liverpool side which has blitzed all before them to win the title by a landslide.

While the England midfielder has been known to divide opinion, his phenomenal work ethic and attitude both on and off the field sees him viewed as a model professional.

Just two days after getting his hands on the Premier League trophy, Henderson picked up yet another prize but this time for his individual achievements.

Following his thank you message, Henderson then sat down to watch a message from his manager Klopp which had been specially recorded as part of the presentation. 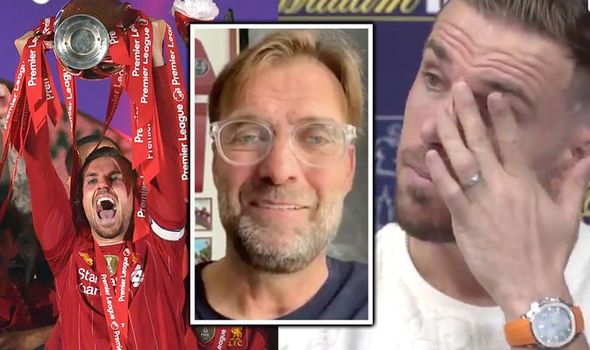 The German said with a smile: “Hi, my friend. One of the big questions in football is: ‘What makes a proper player?’

“What is more important – is it talent, is it attitude? I think the easy answer is that without talent you are nothing, without attitude you will stay a talent forever. So, you are the perfect example that the mix makes the difference.

“Who would have thought that the young fella coming from Sunderland to Liverpool with big dreams would be one day the best player of the Premier League? Maybe you dreamt of it; I’m not sure you thought it would happen, but I know you are confident enough to have big dreams.

“Who would have thought that the young fella coming from Sunderland to Liverpool with big dreams would be one day the best player of the Premier League? Maybe you dreamt of it; I’m not sure you thought it would happen, but I know you are confident enough to have big dreams.

“So, many congratulations, well deserved, outstanding achievement. What a year you had, what a career you’ve had so far, and the best news: still a lot to come.

“I wish you a wonderful day, enjoy the moment – because you can enjoy it, you don’t have to play on the weekend at Newcastle. Enjoy the moment, and, again: best player of the Premier League. Wow.”

Henderson cut an emotional figure throughout the video and hailed the influence of his manager once the clip had come to an end. 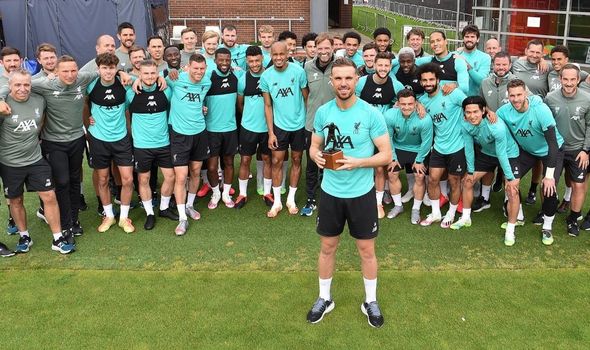 He said he didn’t want to watch it live while on camera because he “knew he would get emotional.”

Before adding: “Without the gaffer I wouldn’t be sitting here, so to hear that from him means a lot.

“He knows what I’ve been through so that’s why I am emotional.”

Henderson was also a leading figure behind the #PlayersTogether initiative, which saw Premier League players raise money for the NHS during lockdown as they battled the coronavirus crisis. 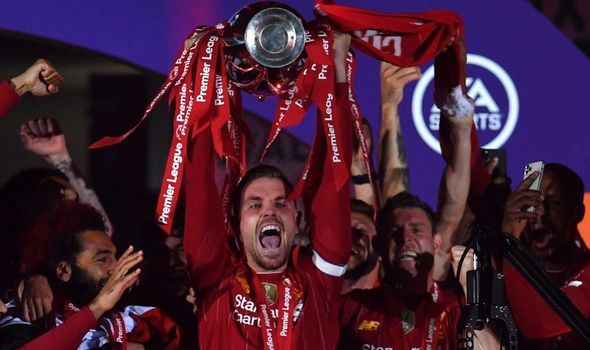 “As grateful as I am I don’t feel like I can accept this on my own,” he said.

“I owe a lot to so many people but none more so than my current team-mates, who have been incredible and deserve this every bit as much as I do.

“I accept [the award] on behalf of this whole squad, because without them I’m not in a position to be receiving this honour. These lads have made me a better player – a better leader and a better person.

“If anything I hope those who voted for me did so partly to recognise the entire team’s contribution.”