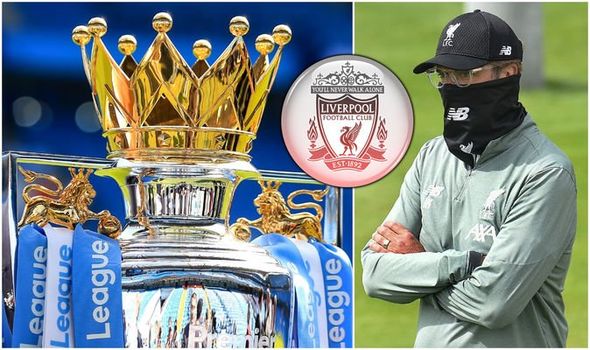 Jurgen Klopp insists his Liverpool players will not down tools once the Premier League title is won and will “try everything” to win all remaining 27 points and set a new league record. The Reds’ chase for a first title triumph since 1990 was put on hold by a three-month enforced break due to the global coronavirus pandemic.

But the Premier League will return on Wednesday June 17, and Liverpool get back to action knowing they need just six points to be crowned champions.

Before the break, they were on record-breaking pace with 82 points from 29 games, picking up 27 wins and losing just once.

While Watford put an end to any hopes of an unbeaten season, Liverpool can still set a new points record – needing to claim 19 points, or at least six wins and a draw, from the final nine matches.

That would see the Merseyside club surpass the 100-point tally Pep Guardiola’s Manchester City set in 2017-18. 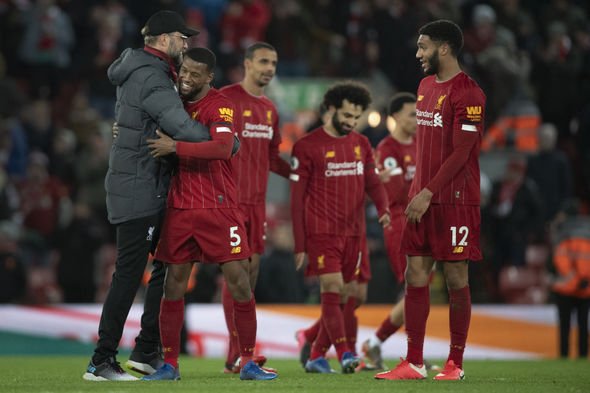 And though Liverpool could even win the league in their first match back against Everton on June 20 if City lose to Arsenal days earlier, Klopp insists his squad will not think the season is over as soon as the title race is mathematically over.

“It’s nice to think about it but we are not champions yet and we know that,” Klopp told BBC Radio 5 Live Sport.

“We know we are close but close is not there. There are 27 points left for us and we will try everything to take them all.

“We are still not champions. We have to play football games and we have to win them.

“We don’t want to stop winning after two games or whatever it is.

“I don’t see results written in the stars; we have to work really hard.”

Liverpool’s players have been back in full contact training in recent days and trained at Anfield on Monday to get used to playing in an empty stadium.

On the condition of his stars coming back to training after being restricted to keeping fit at home, the German boss continued: “Some of them were better than last summer after a shorter break. 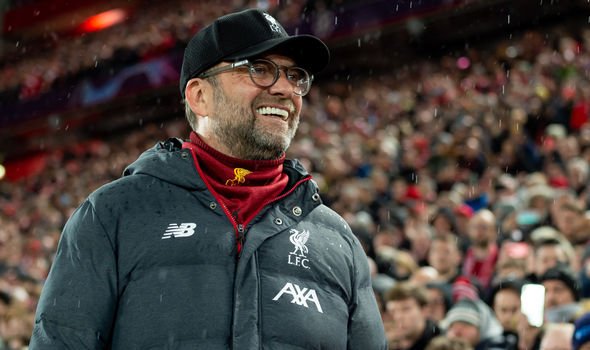 “When we start, we will have had four weeks – three weeks of contact training together – and that should be enough, it has to be enough.

That makes it impossible for Liverpool to put on the bus parade they had last season, when 750,000 fans lined the city to celebrate as the squad returned from Madrid with the Champions League trophy.

“If we become champions, whatever celebrations are possible we will do as a team internally and with all our supporters in the moment we are allowed to do so again,” Klopp added.

“I can promise that if it happens, there will be a parade as well. Whenever. Who cares!

“We only need one day when everybody is able to come and then we will do that.”

“You never know after a summer break how you will be when the season starts again and it is a little bit similar to this time.

“From the first match, we all play for absolutely everything.”

Klopp has also promised that should Liverpool end the club’s lengthy wait for a league title – as now seems inevitable – then the fans will get the party they crave… eventually.

Matches will be held behind closed doors for the foreseeable future and mass gatherings are also prohibited.

As it stands, people can meet in groups of up to six people provided strict social distancing guidelines – which require people to stay two metres apart – are adhered to.