Liverpool boss Jurgen Klopp has received a triple injury boost ahead of the trip to Atalanta. The Reds turn attentions back to the Champions League tomorrow night after taking care of business in the Premier League on Saturday evening with a 2-1 win over West Ham.

Having nearly navigated a hectic run of games before the international break, Liverpool know victory in Italy would almost seal qualification to the knockout stages following wins over Ajax and FC Midtjylland.

The Reds will have to do it without Fabinho once again, following his hamstring injury at Anfield last Tuesday against the Danish Superliga side.

Nat Phillips received man of the match in the win over West Ham but the 23-year-old is not registered to play in the Champions League.

That means Rhys Williams could be thrown in at the deep end and the 19-year-old has already made two appearances in the competition this season. 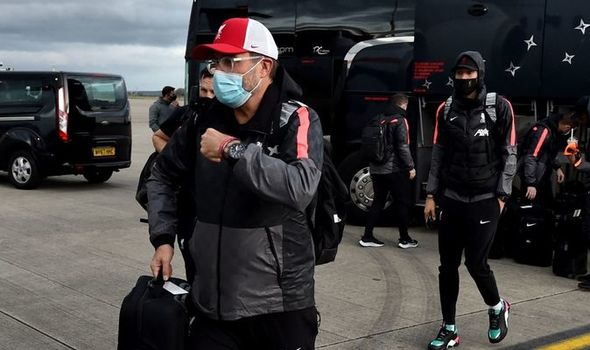 Klopp may have a late decision to make though, as he looks set to welcome back three players against the Serie A side.

Joel Matip, Naby Keita and Kostas Tsimikas have all been pictured boarding the flight to Italy after their return to training.

The Cameroonian has been missing since the 2-2 draw with Everton at Goodison Park but now he is closing in on his return.

Keita has been missing with a niggle since the international break, after he also produced a false positive for COVID-19 with Guinea.

Greek international Tsimikas has had an unfortunate start to life at Anfield after testing positive for COVID-19.

He then picked up a thigh injury that has seen him miss the past few matches but now he is looking to make an impact.

When speaking on the return of several first-team stars, Klopp confirmed that Thiago Alcantara has yet to return to full training amid speculation he was ready to return.

“A lot, [but] I’m not sure about a new one. We have to see,” Klopp told Liverpool’s website when asked for an update on injuries.

“Yesterday was recovery for some and normal training for the others, so now we have to see how the boys feel today. 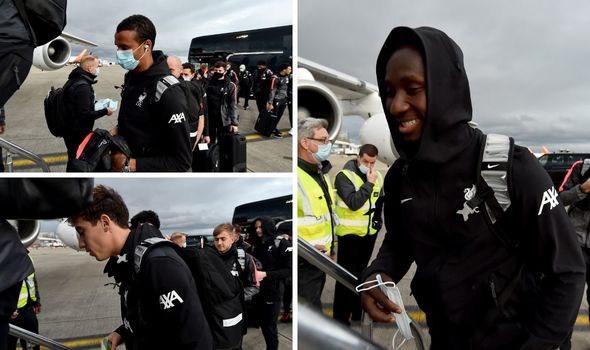 “It’s pretty early now and I have not all the information, but I hope nothing serious.

“So, that’s the situation. I have really no idea what I do with this information in the moment because yes, they trained, that’s good, it’s better than if they don’t train.

“But we have to see what we do with it. We have another day to make these decisions.

“A lot of players will be on the plane hopefully, and so decisions will be made late, late, late.”