Liverpool boss Jurgen Klopp has reportedly made it clear to the club’s owners that he wants £80million available to him to go after Barcelona winger Ousmane Dembele. The France international moved to Barcelona in 2017 after Neymar was sold to Paris Saint-Germain.

A lot was expected of Dembele as Barcelona forked out over £130million for his signature.

But injuries have since plighted his career at the Nou Camp, making just 51 La Liga appearances.

He has been sidelined with a long-term injury issue limiting him to just five appearances in the league this season.

After undergoing surgery in February, he was ruled out of action for six months.

JUST IN: Liverpool about to do something unorthodox in Werner transfer race 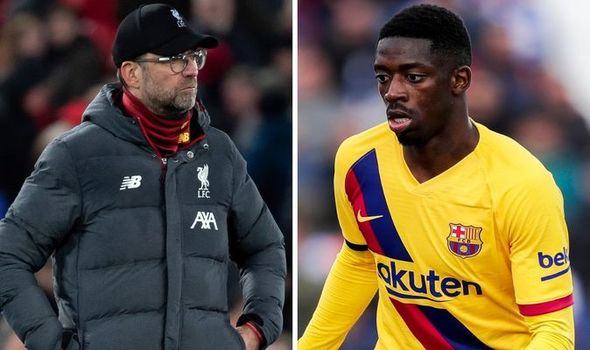 But given the current season is suspended until further notice, he could still well play some part at the end of the campaign.

That could potentially be during the summer transfer window though and Liverpool are reportedly interested in signing Dembele.

According to Spanish newspaper Sport, Klopp is a big admirer of Dembele dating back to the winger’s time at Dortmund.

Despite Dembele’s lack of form since his move to Barcelona though, Klopp is keen to make a move for the 22-year-old.

And it is suggested Liverpool value Dembele at close to £80m.

The report states Barcelona may well be forced into selling some of their star players in the summer given they have had to enforce a 70 per cent salary reduction.

Dembele is one of the highest earners at the club and his wages and his sale would no doubt free up some funds for the La Liga giants.

But it is claimed Barcelona are not ready to cut their losses on Dembele just yet as they believe he can develop further in the future. 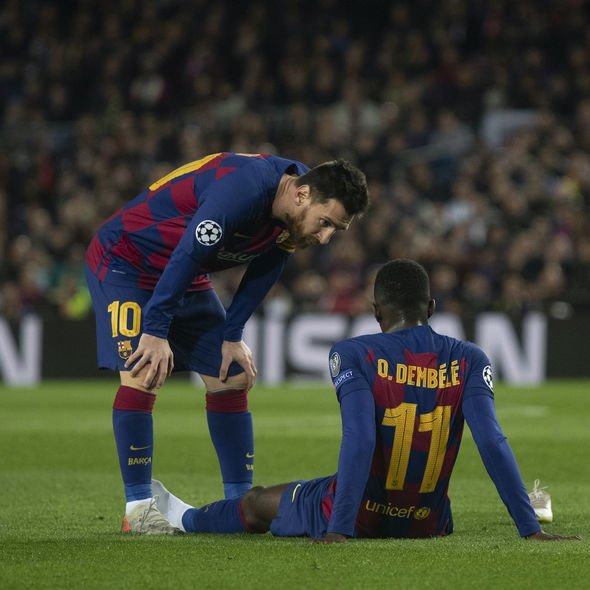 For Liverpool, they’re keen to bolster their attacking options in the summer.

The trio of Sadio Mane, Roberto Firmino and Mohamed Salah have been ever-presents in Klopp’s starting line-up but when one of them is injured Divock Origi has been Klopp’s main option.

The Belgian forward has proved capable of stepping in at times but Klopp will likely want more fire power to try and give his first-choice attacking players some much-needed rest.

Another player linked with a switch to Anfield though is Timo Werner, who could potentially be available at a much cheaper price than Dembele.