Jurgen Klopp has reportedly made contact with Kylian Mbappe once again with the Liverpool boss keen to bring the superstar striker to Anfield. Mbappe moving to Liverpool has been a huge social media movement over the past few years, particularly with #Mbappe2020 trending at times on Twitter.

The France international has added fuel to the fire as well with his comments about Klopp’s side in the past.

“What Liverpool do in this moment is amazing,” Mbappe said back in January 2019. “They’re like a machine, they’ve found a rhythm and are like ‘we play again, we play again’.

Mbappe was the most sought after footballer back in 2017 after leading Monaco to the Ligue 1 title with a record-breaking debut campaign at the age of 18.

JUST IN: Liverpool ‘one of five clubs’ to contact David Alaba’s agent over move 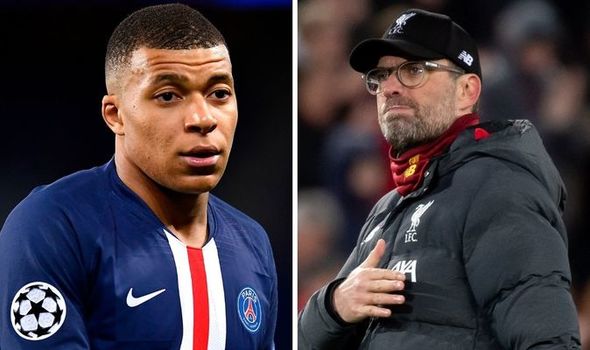 Paris Saint-Germain eventually won the race for Mbappe’s signature in a huge transfer worth up to £180million.

Reports emerged that same summer that Liverpool were one of the other clubs interested and that Klopp had even reached out to the Frenchman’s representatives.

The Liverpool boss has hinted in the past that Mbappe would prove too expensive for the Reds and their transfer business in recent years has been focussed on finding talented players at a cheap price.

However, it appears as though Klopp hasn’t given up all hope of bringing Mbappe to Liverpool.

According to Sport, the German coach has been in contact with Mbappe in the hope of convincing him of a move to Merseyside.

The report states that Klopp has long dreamed of signing Mbappe and wants him to spearhead Liverpool’s attack.

Mbappe’s future remains uncertain at PSG with just 18 months left on his current contract with no signs of an extension being agreed anytime soon.

If the 22-year-old does become available this summer, Real Madrid are expected to be the frontrunners for his signature. 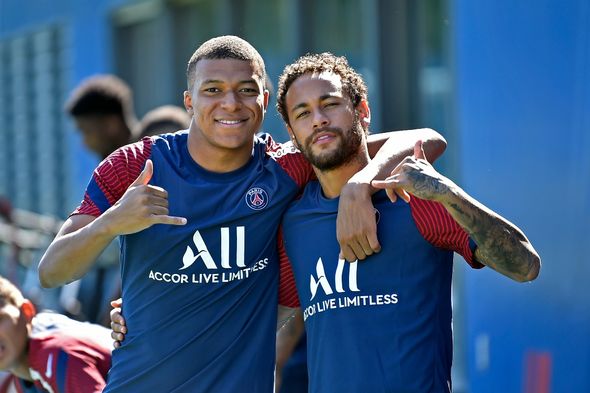 Zinedine Zidane is a huge fan of the young French striker and Mbappe has previously revealed that the Real boss was his idol growing up.

But the coronavirus pandemic has reportedly put Real in a sticky financial position, meaning any deal for Mbappe could be unlikely.

Mauricio Pochettino was recently unveiled as PSG’s new manager and his first task will be to convince Mbappe to sign a new deal.

And the former Tottenham boss has revealed what he plans to offer Mbappe to make it happen.

Related posts:
MLB News:
DK Metcalf on Seahawks' struggles: 'Teams just started to figure us out'
Cactus League exec: We’ll be ready, delay or not
‘Had us fooled the whole time’: Ex-Patriot leads merciless Belichick roasting over Brady
Chiefs LT Fisher out for SB with torn Achilles
Basketball News:
NBA considering potential 2021 All-Star Game in Atlanta
Sources: NBA, union talk possible All-Star Game
Clips’ Leonard, George out due to virus protocols
Recent Posts
This website uses cookies to improve your user experience and to provide you with advertisements that are relevant to your interests. By continuing to browse the site you are agreeing to our use of cookies.Ok