Liverpool and Manchester United target Kai Havertz wants to reject a move to the Premier League and join Bayern Munich once the transfer window opens, according to reports in Germany.

The 20-year-old is highly sought-after by clubs all over Europe after a scintillating breakthrough campaign for Bayer Leverkusen last season in which he scored 20 goals and registered seven assists, earning him a call up to the Germany national team.

Kavertz hasn’t quite recaptured those same standards this season but is still a top priority the Bavarian’s plans for a new-look squad and the attacking midfielder is eager to make the move happen, according to Sky in Germany. 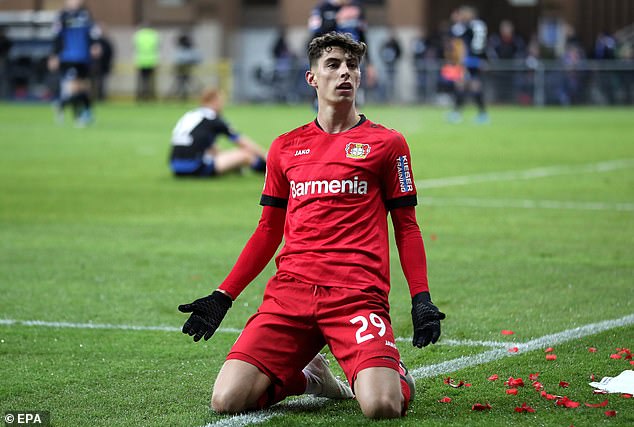 Hansi Flick, who was recently installed as Bayern’s permanent manager after a successful showing as interim boss, sees Havertz as the ideal man for his rebuilt squad for next season.

Leverkusen are believed to value Havertz at around £100million as boss Peter Bosz suggested the starlet would leave in the summer prior to the coronavirus pandemic forcing the suspension of football in Germany.

Bundesliga CEO Christian Seifert recently suggested the summer transfer could ‘collapse’ due to the pandemic which could scupper Havertz’s move as much uncertainty hangs over football across Europe. 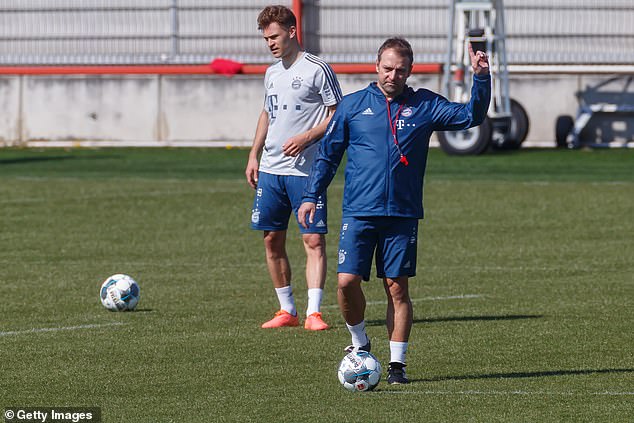 Havertz has managed 10 goals and eight assists this season and in December became the youngest ever player to reach 100 Bundesliga games.

He made his international debut for Germany in 2018, and has claimed a total of seven caps so far for his country.

Chelsea and Tottenham were also believed to be interested in the German’s signature, but the hefty price tag was a significant stumbling block.